Colombia is capable of producing some of the cleanest and sweetest coffees in the world. This is due to some unique natural advantages. Learn more right here.

Among people in the coffee industry, Colombia is famous for producing what is known as the 'mild washed coffee'.

In layman's terms that translates into a damn, sweet and clean tasting cup of coffee; one that is traditional – in a positive way.

But there’s a lot more to Colombian coffee than traditions and Juan Valdez. In this article, I’ll dig into the real essence of Colombian coffee and explain it so you can appreciate it even more.

Even though Colombia and coffee seem to fit together like hand and glove, coffee has only been commercially grown in the country since 1808.

For a while tobacco, quinine and cattle were a better investment of farming resources. However, at the beginning of the 20th-century coffee started to take off.

Notably, the formation of the National Federation of Coffee Growers of Colombia in 1927 was instrumental in turning Colombia into the coffee growing powerhouse it is today.

What is the fly season?

Being located at the Equator with plenty of mountainous regions and fertile soil, coffee has perfect growing conditions in the country.

A rule of thumb is that the higher a coffee is grown, the better it will taste. This is because altitude slows down the maturation process. This makes the seed inside the coffee cherry denser, which usually results in more flavor.

Colombia is also unique in another way – it’s the only country that has two harvest seasons. This again is caused by the country’s proximity to the equator. The first season takes place from October to January, while the second one begins in April and continues until July. This is called the ‘fly season’ or ‘Mitaca’ in Spanish, and usually, it only accounts for one-third of the total production.

Seen from a coffee roaster perspective, this extra season is fantastic. With other countries, the green beans will usually lose a bit of sparkle at the end of the cycle, but with Colombian coffee, you can get fresh supplies in the middle of the year.

What is the difference between Supremo & Excelso?

You have probably read these two names on coffee bags before but what does it mean?

Well, they grading standards used for export. In fact, they can’t tell us much, if anything, about the coffee quality.

A similar system is used in Kenya, where beans are called AA or AB.

Who is Juan Valdez?

The most famous man of Colombian coffee is, without a doubt, Juan Valdez. But who is this enigmatic farmer? In fact, he is no-one. Juan Valdez is a fictional character developed by the advertisement agency “DDB” in 1958.

Juan Valdez’ job was to create more awareness around the nation’s coffees, as well as to signify coffees that were 100% Colombian and not blended.

It’s an understatement to say that the campaign was a success. Today Juan Valdez – and his mule Conchita – are some of the most iconic brands in the coffee industry. 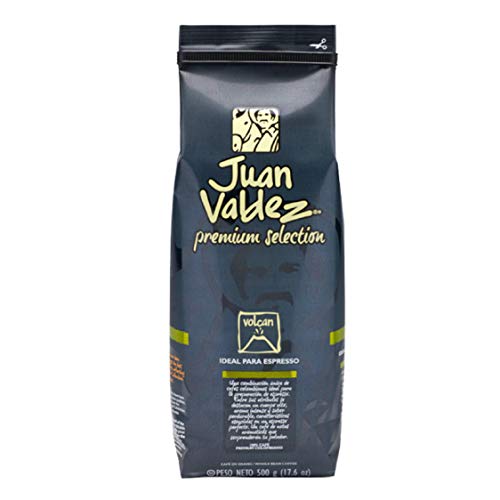 Over the years there have been a few disputes surrounding the brand. Even though both ‘Juan’ and ‘Valdez’ are popular names in Spanish speaking countries, the National Federation of Coffee Growers is highly protective of the trademark.

In 2006 a legal battle broke out when a Costa Rican company started selling t-shirts with the phrase ‘Juan Valdez drinks Costa Rican coffee.’ The phrase was referring to the original actor portraying ‘Juan Valdez’ who allegedly drank coffee from the small Caribbean nation.

However, when it was time to meet in court, the defendant was able to procure a witness; a Costa Rican man named Juan Valdez, who was drinking local coffee. In the end that was enough to fend off the allegations.

The Best coffee Regions in Columbia One of the great things about Colombian coffee is that there are so many regions producing spectacular coffee.

However, the southern part of the country, closest to the equator, is usually considered to be the best.

Among these regions, Huila is seeen as the king of Colombian coffee regions.

Washed coffee from Huila is exceptionally sweet and clean but still accompanied by notes of stone fruit and an intriguing acidity. That being said, nearby Cauca and Nariño are very similar when it comes to cup quality.

In the central part of the country, you find two of the other significant regions: Tolima and Antioquia.

As I mentioned earlier, this country only grows Arabica coffee. Some of the other big coffee producers in the world, such as Brazil and Vietnam grows a bunch of Robusta, which is seen as inferior by pretty much all coffee lovers.

Still, among arabica beans, there’s a bunch of subtypes. In Colombia you can encounter the three common ones most used in specialty coffee; Bourbon Typica and Caturra.

But you also have some newer hybrids such as Colombia, Castillo, and Tabi. These all have some robusta heritage in the DNA. However, the two latter ones are considered to have excellent cup profiles. Moreover, as a bonus, they’re more resistant to leaf rusts, which is pretty epic if you’re a farmer.

Personally, I have been impressed the few times I have had Tabi. Plenty of fruity acidity along with a massive body.

Most of us have consumed Colombian coffee with no second thought. Therefore my recommendation is to look for some of the best producers and regions with the most exciting coffees.

Colombian coffee is traditionally washed, but the more innovative farms are all experimenting with naturals, honeys and even experimental processing such as lactic and acetic fermentation.

A washed coffee from Huila will represent some of the best classic Colombian coffee that you can find while an experimental lot from somewhere like the organic farm La Palma y El Tucan should be able to impress even the most discerning coffee snob.

If you evencounrter the Tabi varietal from a reputable roaster, I’d also highly encourage you to try it out.