Why is Panama Geisha so Hyped?

There is only one true superstar in the world of coffee, and that’s the variety called Geisha predominantly grown in Panama. Find out why it’s so sought after.

Licensed Q Arabica Grader, M.A. Journalism
September 18, 2022
There is Geisha. And then there’s all the rest.

That’s an accurate description of the specialty coffee landscape within the last ten to fifteen years.

Geisha is way more expensive than any other kind of coffee, and it has won way more prizes. In 2021 the most expensive coffee in the world was a natural processed Geisha from Panama that was sold for more than $2500 per pound 😮

No matter, what type of measurement you use, this rare bean usually comes out on top.

But what’s so special about Geisha?

Is it worth the hefty price?

In this article, I’ll give you my personal take on the coffee phenomenon.

There are many more coffee species than people realize. And under each species, we have subtypes, usually called varietals.

Arabica coffee is the most common species, and many varietals under this species have their own unique characteristics. In that sense, coffee is similar to mangoes, bananas, and other agricultural products.

While most of these coffee varietals have been developed and refined by agronomists and gradually spread in coffee-growing countries, the case of Geisha is fundamentally different.

The world didn’t know about Geisha until 2004 when a small coffee miracle occurred.

In Panama, at the now legendary coffee estate Hacienda la Esmeralda, it was noted that some of the plants looked different and exhibited superior disease resistance. Previously, their cherries had been mixed with other plants grown at the farm, but in 2004, they were processed as a separate lot for the first time.

It turned out that these slightly elongated beans were something unique.

The taste was more like Ethiopian coffee than anything normally grown in Latin America. It had an intense floral aroma as well as taste notes of

It was later established that these unusual coffee beans did hail from Ethiopia – more precisely from a place referred to as ‘Mount Geisha,’ where the British consul named Richard Whalley had collected them in 1936 as a part of a larger expedition aiming to map out wild coffee with commercial potential.

Via Tanzania and Costa Rica, the seeds eventually made their way to Panama in the 1960s. Here Geisha grew in relative obscurity for close to fifty years.

When demand is fierce and resources are scarce, prices shoot up. That’s economy 101.

Since only one farm – Hacienda la Esmeralda – was producing this new wonder coffee, Geisha would go on to set new price records year after year. It became the most expensive coffee in the world.

Recently, however, more and more farmers and countries have started to produce Geisha but what’s astounding is that the price keeps increasing – especially when it comes to the top-scoring lots at the annual ‘Best of Panama’ coffee competition. Check out the recent years’ development: 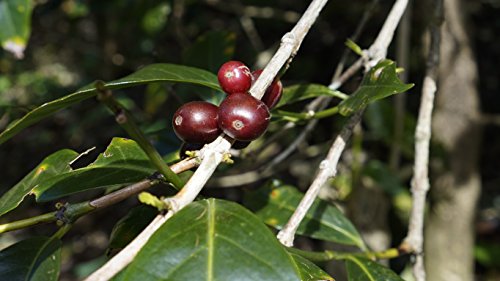 In recent years, there has been some controversy surrounding the name itself. As you might know, ‘geisha’ also happens to be the name of a traditional Japanese hostess.

The same people who don’t like the name’s oriental connotation argue that the area in Ethiopia that lent its name to the coffee is spelled “Gesha.”

While this is the case today, there was no established way of spelling “Geisha” back in 1936 when the coffee species was collected. Ethiopian languages don’t use the Latin alphabet, which means that a word has to undergo transliteration.

Most likely Richard Whalley just tried to spell the name as he heard it pronounced by the locals. On YouTube, you can find several examples of Ethiopians pronouncing the word, and I think they are closer to the “ei”-sound than a straight “e” sound.

It’s the same with the famous Yirgacheffe coffee, sometimes spelled “Irgachefe” by locals.

Also, it’s not the first time in history that geographical locations or food items have various spellings in different languages:

In Panama, the farmers who first brought the variety into the limelight of the coffee world prefer the spelling with an “I,” so I don’t think there’s a good reason to tell them that they can’t use it anymore.

When you look at naming conventions in general and how things evolve in different languages, it seems bizarre to tell Latin American farmers that they must spell things in a certain way.

💡 Bonus info: An American-Ethiopian company named ‘Gesha Village’ was launched a few years ago to retrace and produce the original bean from the eponymous forest in the remote Ethiopian region of Bench Maji.

“Gesha” seems to be the preferred spelling when coffee is grown in Ethiopia.

The coffee from this project has garnered much praise and fetched prices almost as high as the Panamanian version.

Should you try it?

So if we forget about all the fascinating historical details, would I recommend that you try geisha coffee?

Geisha is unlike any other coffee in the world. However, often coffee from the legendary Ethiopian region of Yirgacheffe can taste similar, albeit with less body.

Today, Geisha is grown in a wide range of countries:

If you are on a budget, you can go for a Geisha from a country like Colombia. Most people simply don’t have the money to buy a batch from the Panamanian top estates, however, you still get most of the original flavor if you buy from one of the neighboring countries.

However, for a caffeinated celebration, a special occasion, it’s okay to be a big-spender.

Think of it as the coffee equivalent of a bottle of champagne, brew it with care, and you can’t go wrong.