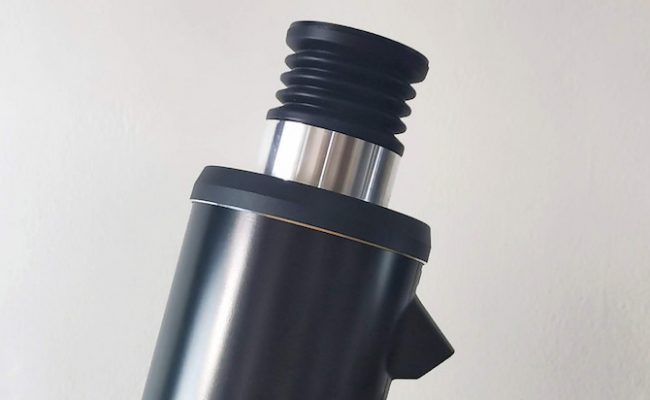 A new single-dose grinder with several different incognitos has emerged. Here are my inital thoughts.

There’s a new single-dose espresso grinder on the market, and it’s probably the most hyped grinder since the Niche Zero was released a few years back.

This is big news since the Niche Zero is more or less permanently on backorder.

I have had this grinder for a few months now, so it’s a bit early to release a hardcore in-depth review.

However, in this article I will share a few brief observations and facts that will hopefully be enough to guide you, if you’re considering this grinder.

The new grinder is (most often) called DF64 and it is produced in China by a hitherto unknown company known as FL Coffee.

There has been some confusion about the grinder. It has already been sold under a range of different names in different parts of the world:

Basically, it’s the same grinder in all these places, although some vendors might have installed different burrs.

Why is the DF64 grinder so hyped?

It’s unusual that a grinder made by a virtually unknown Chinese company reaches this level of hype.

But it seems that this model is just at the right place at the right time. It’s a perfect storm of several coffee forum trends packed into one, affordable package.

Last year, I wrote about how I upgraded my Wilfa Uniform with custom burrs from the Korean burr manufacturer SSP, and during the past year, it’s become more and more mainstream among coffee geeks to go down that pathway.

The DF64, as the name indicates, uses 64 millimeter flat burrs, which makes it relatively easy to purchase new burrs if you want to explore other options than the stock burrs.

Of course, the last piece of the puzzle is that the grinder seems like a good deal compared to what else it out there.

Even though most people wouldn’t consider this cheap for a coffee grinder, it’s an attractive price for a well-built flat burr espresso grinder.

If you buy the DF64 from Alibaba in China, the price is $520, including shipping, although you may face some import duty fees.

The cost from the American importer is $599.

As mentioned above, FL Coffee is pretty unknown in the world of coffee. Judging from their website, their only other product is a grinder with an uncanny similarity to the Eureka Mignon Specialita.

Based on that, it does seem like a bit more of a gamble to buy directly from China.

The DF64 bears some resemblance to other well known models; especially the Lagom P64 seems to be a source of inspiration.

However, the DF64 only costs around one-third of the price of the more famous competitor.

A big difference between this grinder and the Niche Zero is, of course, that the DF64 uses flat burrs. Many espresso lovers, myself included, prefer the taste of flat burrs.

The grinder feels extremely sturdy, when you have it in your arms. It is relatively heavy at 15 lbs, and overall it feels like a no-nonsense construction.

My impression is that this is also the sentiment among the majority of owners.

The motor is also quite powerful at 250 watt. I’ve tested it with SSP Multipurpose burrs (more about those later in the post) and it had no problem running the burrs; even at Turkish level settings.

However, It’s important to state that we’re still at a very early stage. Most users have had the grinder for maximum 5 months, so it’s still a bit too early to comment on quality and longevity.

For that reason, I’d be cautious about buying directly from Alibaba, even though you might save a few bucks. The extra warranty and support you’ll get from a local distributor might come in handy shortly.

Some users claim that the grinder tastes great for all brewing methods right out of the box with the stock 64 mm Italmill burrs.

My initial impression is that it tastes pretty great for espresso, but I’m not blown away when it comes to the coarser grinds.

My sifting test also indicates that it’s less uniform than the Comandante C40 and 1Zpresso Jx. In cupping and brewing tests, I also prefered these grinders.

The reason that I’m not giving a more detailed assesment of the flavor profile of the grinder is that it has some issues with the declumper.

Espresso grinders typically have a little screen installed at the chute that can help break break up clumps and reduce static, however, with the 1st generation of the DF64 this declumper is too restrictive in it’s flow.

This means that some additional fines are created, which will especially make the flavor profile more muddy and unclear at coarser settings.

On this iteration of the grinder, two silicone screen are layered on top of each other. It’s relatively easy to “mod” this screen by cutting off a part of the outer flap. This will create less resitance and help to reduce retention.

I’m not that handy but was able to do it in around 20 minutes. All you need is a star screwdriver, pliars and scissors.

However, my guess is that you’ll be able to buy excellent 3rd party declumpers for the unit soon. I have also seen rumors that this will be fixed on the next generation of grinders from the manufacturer.

The design is simple and straightforward, and with the included bellows as well as a modified silicone screen, you do get a very low retention.

However, there will definitely be some retention the first time you use the grinder. After cleaning the grinder, I noticed that I lost around 1.3 grams the next time I ran some beans through it. This is actually not that uncommon. All grinders have some nooks and crannies, where some grounds will get stuck.

In daily use the retention/exchange is very low, if you use the bellows as intended.

Downsides to the DF64

Now, let’s talk a bit about the downsides to this grinder. Because there are a few things to be aware of.

While it’s still early, the DF64 looks like it could become a new favorite all-purpose single doser.

The price is good, and there already seems to be a big community interested in modding and getting the most out of its capabilities

I’ll keep testing the grinder, and hopefully be able to give you the full picture soon.

So far, the grinder has been working well with SSP burrs, which makes it quite unique. My hope is that the SSP Unimodals will taste delicious for both brew and modern espresso once they have been broken in fully. Essentially, this will turn this grinder into a bit of a unicorn. 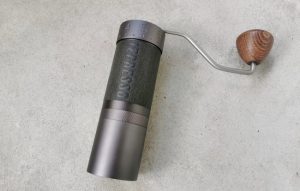 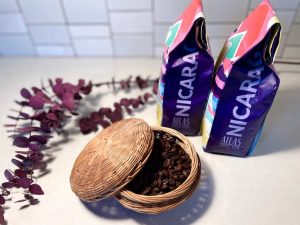 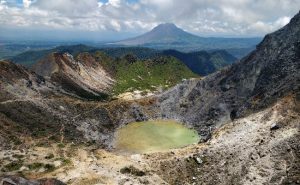 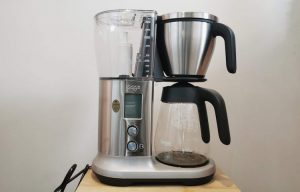 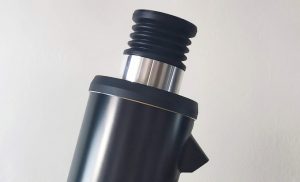 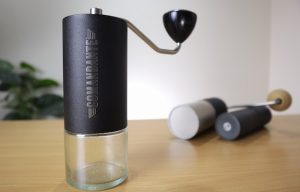 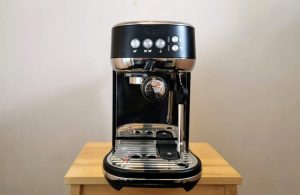