On the surface, they may seem alike, but home and professional espresso machines are not the same. In this article, I’ll explain the key differences you need to be aware of.

I think everybody who loves coffee has had the idea at least a couple of times:

What if I quit my job and open an epic café? It can’t be that difficult, right?

Well, there’s a lot of things you need to get right to run a commercially, successful coffee shop. And the espresso machine is one of them.

Read on to figure out what you ought to think about prior to buying a machine. 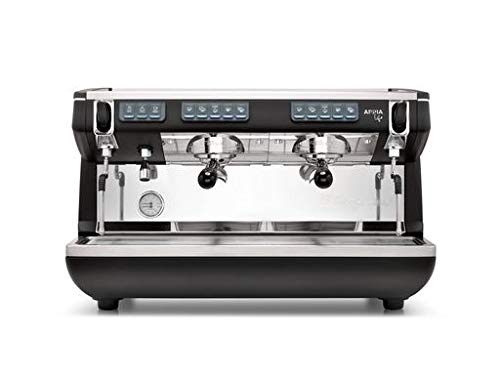 This machine is a great all-rounder and a workhorse. You will be able to crank out plenty of coffee drinks per hour. The Appia is noted for being very user-friendly.
LEARN MORE

A typical question from people who want to open a small coffee shop is whether a particular espresso machine would work out in a commercial setting. The answer is almost always, ‘it depends, but probably not.’

You need to think of a successful setup like a math equation: How many customers do you have in your busiest hour? And how many shots can your machine and grinder produce?

Most likely you’ll have a massive influx of customers between 8 and 9 in the morning. So will you let them wait? If that’s the case, they might not be your customers for long.

Focus on the bottlenecks

The key takeaway here is that you shouldn’t focus on your customer volume per day but rather during peak hours.

The truth is, there’s a good reason we generally divide espresso machines into amateur and professional. It’s not that you can’t pull a great shot on that beautiful Rocket Giotto, it’s just that it’s made for a maximum of 15 shots per hour and not 100.

If you’re planning to run a larger café with more baristas working at the same time, you’ll probably want to consider a device with two brew heads.

One of the things that can bog down the whole process is if baristas have to wait for their turn. 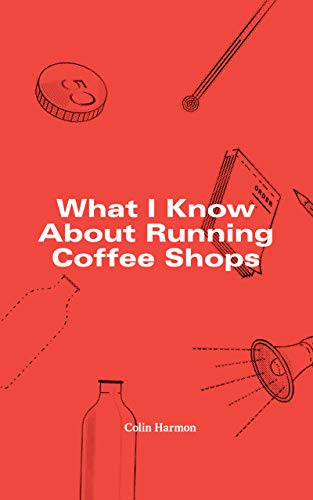 According to the Irish coffee guru and coffee shop owner Colin Harmon, more often than not, it’s the workflow and not the equipment that’s slowing you down.

In his book “What I know about running coffee shops” (which I recommend highly) he explains that a two-group machine can handle up to 125 drinks per hour and more often than not it’s just as good as a three-group:

“In my experience, the capacity of a two group machine in an eight-hour day is around 1,000 drinks with two baristas at a time (allowing for a third person relieving them for breaks) which equates to about 125 drinks an hour, or just shy of 20kg a day for those that are inclined to measure that way.”

According to Harmon, it’s hard to fit more than two baristas no matter how many groups you have. Unless you’re extremely busy two groups will probably suffice.

“I’ve seen a few cafés where they have an eight-group machine in place – something I’ve thought of as the monster-truck of our industry – but at peak times it still hard to get more than two people on that machine, and the amount of groups is rarely the limiting factor in a café’s production,” he writes in the book.

Features in a commercial espresso machine? 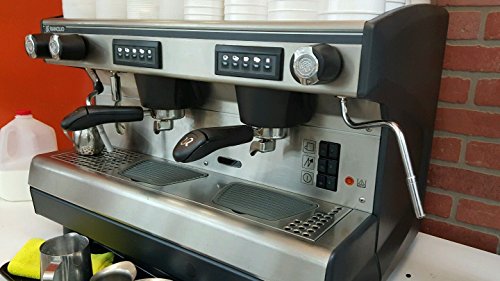 When we talk about home espresso machines, we frequently speak about fancy features. Well, the professional models also have exciting features, but usually, they are only secondary to the really big questions – like whether your model should be:

If you are serious about your barista craft, you want to be able to customize the shot down to every little detail. That means you should go with the lever as that offer maximum control over extraction. It also looks pretty damn cool on those Instagram photos, that will be an essential part of your marketing.

The downside is that it’s physically draining to pull a lever many times every day.

But let’s say you’re planning to be working at the café by yourself, and that you’re not that good at multitasking. You know, receiving orders and money, grinding, tamping and steaming all that. In that case, you should consider a model that automatically stops brewing at the right time.

Pro-tip: You’ll definitely want a machine that’s plumbed in, but luckily all the best commercial espresso machines are. Only consider a non-plumbed version if you’re doing catering and portability is important.

Remember to factor in the Grinder

You need more than a decent grinder for a high volume coffee shop.

There’s this saying in specialty coffee that the grinder is more important than the espresso machine. I don’t know if that’s true, but it has to be on a similar level as the espresso maker regarding capacity.

In that case, the piece of equipment with the lowest capacity will become a bottleneck in your workflow.

There are some grinders out there that at first glance seem ‘pro.’ But that doesn’t mean that they can handle a considerable workload. A model like the Baratza Sette is great for home use or for a handful of decaf shots a day in a small hipster café, but it won’t last long in a busy coffee shop.

The Best Commercial Espresso machines for every need 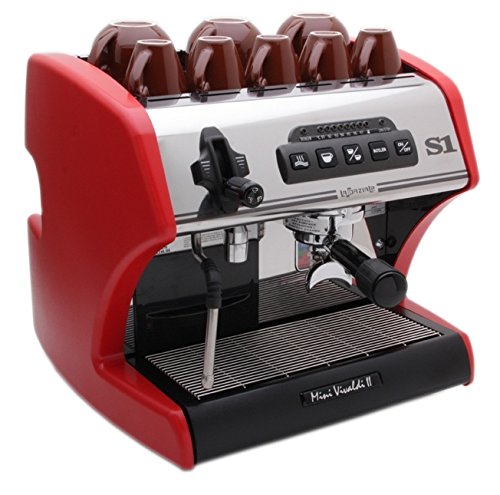 La Spaziale is famous for making sturdy workhorses. This machine isn’t going to twist any necks or get many likes on Instagram, because frankly; it looks cute but pretty dull.

What you do get is an Italian made machine that will work in a smaller commercial setting. Maybe a tiny coffee corner in a bookshop or a restaurant that want to be able to serve something authentic for their customers.

Well, then here’s the model for you. If you’re doing any more than 20 shots an hour, you should look elsewhere.

It’s got a 1250 watt heating element and dual boiler, so it recovers quickly. Be aware, that this model uses a water reservoir, and that the one without the ‘mini’ moniker is plumbable. 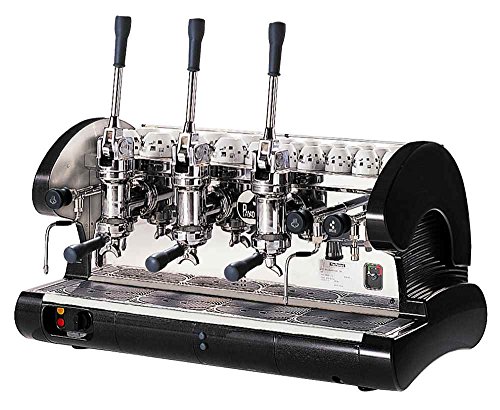 La Pavoni is another old-school Italian coffee company. They are most famous for their small home espresso machines such as the Europiccola, but among espresso technicians, the commercial models are also praised for a great build.

This particular model has three levers. This means two things. First, it will look awesome in any café environment. Nothing exudes serious coffee like a lever machine. But secondly, it also means that you can control the extraction better.

The La Pavoni Bar 3L-B is built like a tank. It weighs in at roughly the same as a light-heavyweight boxer.

The Appia II is perfect for a medium capacity coffee shop that makes between 30 and 100 drinks per hour.

Nuova Simonelli has been in the espresso business for more than 70 years, and this is one of their most popular models ever.

With its ergonomic and superb structure, it is really commended. It looks good, and the barista can pull shots all day without needing to see an ergo therapist afterward. In any case, you most likely would prefer not to attempt to lift it without anyone else since it weighs in at whopping 160 lbs!

The Appia II uses a unique pre-infusion technology that enhances the shots. This one is also volumetric, which means that it finishes the shot at the right time. 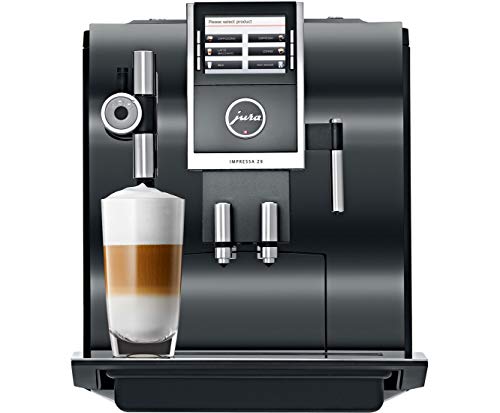 When we talk about commercial espresso machine, we usually think about substantial Italian machines that can produce a ton of correctly pulled shots every day.

Well, there’s another scenario that is less common. Nonetheless, these kinds of people deserve a recommendation.

Say, you run a small restaurant or office, and you want to be able to serve an excellent cappuccino without learning all the skills required to be a legit barista? You’re now caught up with doing a great deal of different things, so coffee isn’t the main priority.

Enter, the super-automatic Jura Impressa Z9. This device does everything for you – and it does it to a reasonable standard.

Jura is a Swiss brand that has specialized in fully automatic professional machines. This model has a built-in conical burr grinder and a capable steamer. 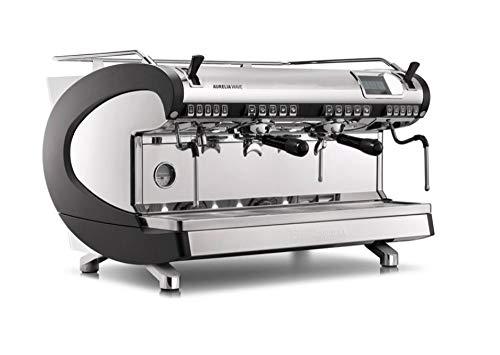 Nuova Simonelli is one of the most renowned Italian espresso brands; especially when we’re talking professional machines.

In fact, the Nuova Simonelli Aurelia has been used at several barista world championships. This model is a top of the line model with two brew heads which means that you can keep up with the waiting line of caffeine thirsty customers.

This is the volumetric model, so you don’t have to oversee every single second of the brewing process. Again, this is great for super busy cafés with a lot of stuff going on at once.

The only downside is the price, which makes it a serious investment.