Review of the Wilfa Svart Uniform

It’s one of the most eagerly anticipated coffee products of the year. But is the Wilfa Svart Uniform worth the high expectations? 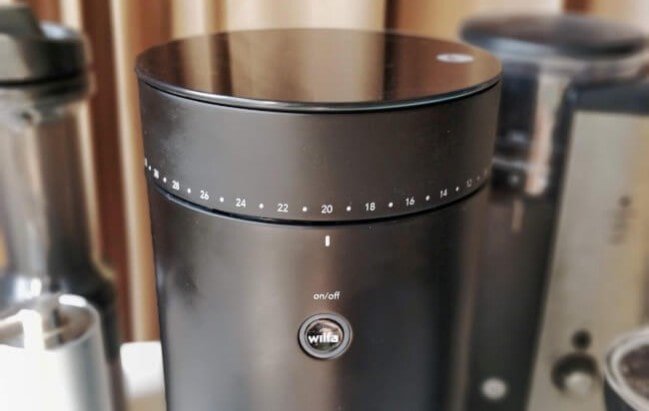 Disclaimer: Upon the grinder’s release in Norway, I contacted Wilfa for a review unit, which they have kindly given me. If you think that may sway my opinion, you have now been warned.

Tim Wendelboe and the Norwegian homeware company Wilfa have once again joined forces. This time to create the ultimate home grinder.

I don’t think I’m exaggerating by saying that the new grinder in the long-running collaboration between coffee guru Tim Wendelboe and homeware brand Wilfa, is one of the most anticipated new coffee products of 2019.

The collaboration has previously resulted in some solid coffee makers, as well as the highly praised entry-level grinder known as Wilfa Svart Nymalt.

The new grinder is promisingly named ‘Svart Uniform,’ which could be translated as black and consistent.

Even though this model is equipped with a set of 58 mm flat steel burrs it is designed specifically with manual brewing in mind, rather than espresso. This is rather uncommon in the world of home coffee grinders where smaller (and often cheaper) conical burrs are the standard for brew grinders.

I have had the grinder for about two months now, so I thought it’s about time to share my impression with you guys.

Let’s dive right into the meat; the reason you’re reading this. Does it grind well?

My simple answer is yes. There’s no doubt that this grinder will help you make delicious coffee. The coffee comes out sweet, balanced and with a very long aftertaste.

The Svart Uniform is indeed capable of grinding uniform. I usually like a 1:15 brew ratio for pour over methods such as Hario and Kalita Wave, but with this model, I have to use less coffee.

That’s a good indication of just how consistent the grind. Because of the lack of boulders, more coffee is being extracted.

When inspecting the grounds visually, the difference between this model and high-end hand grinders such as the Lido 3 and Helor 101 isn’t striking. My impression is that the amount of fines is roughly the same. The real difference is when it comes to boulders (the bigger particles). The Wilfa grinder, due to its flat and bigger burrs, produce fewer.

If you ask me whether it’s better than the all the usual premium hand grinders that coffee geeks tend to like, I’d say “it depends.”

You can make delicious coffee with either of them, and they’ll likely highlight different aspects of the coffee.

To test this, I prepared three cupping bowls with the Lido 3, Helor 101 and the Uniform. I enlisted the help of my girlfriend who cupped the bowls blind.

Her reaction was that one bowl had less clarity compared to the other ones (the Lido 3) while the Helor and the Wilfa each stood out in their own way. Helor was sweeter, while the Wilfa was more clean and uniform.

After getting this grinder, I have found myself gravitating towards a different brewing style and brew ratio.

1:15 is suddenly way too intense, so I’ll be closer to 1:17. The grinder is suitable for a higher extraction style of brewing which is what you’ll typically experience in coffee shops.

Homebrewers often experience better results using more coffee and a coarser grind setting because they use hand grinders or cheaper electric grinders with conical burrs. The popularity of the 4:6 Method invented by Tetsu Kasuya speaks to this tendency.

When brewing with the 4:6 Method on the Wilfa I have been close to the coarsest setting (setting 38 out of 41). For most other manual brewing recipes I have been grinding around setting 20-28 which seems to be the best range for this particular model.

Another thing that’s striking with the Wilfa Svart Uniform is how slow it is. On the recommended setting for pour over (28), it takes 40 seconds to grind my typical dose of 26 grams of light to medium roast coffee. Most electrical grinders will run circles around it, and some high-end hand grinders are even faster.

In daily use, it’s not as big a deal as you might think, as you’d usually spend time rinsing the filter and preheating in the meantime. Also, since the grinder has an automatic shut-off function when there are no beans left in the hopper, you don’t have to hang around waiting. It’s not like the ‘microwave minute.’
However, if you were to grind much coffee, say for a cupping session or in a professional setting, it would be an issue.

Tim Wendelboe and Wilfa have stated that they made the grinder slow on purpose to avoid heating the grounds, and I’d agree with them here; I’d rather have a model that’s a bit too slow rather than too fast.

I know many you guys reading this will be wondering about espresso capabilities, especially since there have been some contradictory opinions circulating in cyberspace.

These results might vary a bit depending on calibration, roast level and your setup, but in general, you don’t have a lot of wiggle room to dial in a shot.

If you’re serious about espresso, it’s not an ideal grinder. However, if you want to have an occasional shot, it will probably work for you.

The shots I have had tasted great though.

I mostly like the design. The look is iconic, understated and very black. The size is excellent. It feels sturdy, yet still, it doesn’t take up much more space on the counter than the old Wilfa flagship grinder.

The metal grounds bin exemplifies the solidity. On the scale, it weighs in at 400 grams, which alone is more substantial than the Porlex mini grinder!

The use is incredibly simple: There is just an on/off button, but with the automatic shut-off you rarely have to press it more than once.

To adjust the grind size, you turn the top adjustment. It’s very easy to go through the setting, and there’s satisfying tactile feedback when you’re clicked into the next increment. The adjustment feels a lot more premium than with the popular entry-level models such as the Baratza Encore.

A contentious point when it comes to the Wilfa Uniform is the inclusion of the built-in Bluetooth scale in the lid.
People considering a grinder in this price range most likely already have a scale, so what’s the point?

The scale looks sleek and modern, but it has a fatal flaw: It doesn’t have a timer.

Without a timer, it’s not a coffee scale; it’s just like any other digital kitchen scale.

Wilfa has tried to work around this by adding Bluetooth to the scale as well as developing a complimentary smartphone app. Unfortunately, the execution isn’t great.

Essentially, the app is nothing more than a glorified timer and brew ratio calculator. You still have to press ‘start’ and ‘stop’ as if it was the regular timer on your phone, so it doesn’t utilize the Bluetooth technology in a meaningful way.

Also, most consumers eyeing a grinder at this price point will already know their preferred brew ratios and recipes. They don’t need an app for that.

If there were some “intelligent” function that could somehow visualize flow rate and brew progression, then sure, Bluetooth would make a lot more sense. However, at the moment, I don’t see the point. Of course, we’re talking about software, so Wilfa could theoretically send out an update, but this is just speculation from my side.

The app has two main functions: A brew strength calculator and a mode that mirrors the Bluetooth scale.

However, there is one neat thing about having such a bulky lid: It helps to keep the decibels down. This is not a noisy grinder. You might be able to brew coffee without waking up the other people in the house, as long as the kitchen is not right next door to the bedroom.

The Wilfa Svart Uniform retails for around 2500 Danish kroner (around $380), which makes it a good deal more expensive than most non-commercial grinders for brewing black coffee, not to mention the old top model from Wilfa.

Among potential competitors, you’ll find the electric Baratza Virtuoso and premium handgrinders such as Comandante C40, Lido 3 and Helor 101.

While the Uniform overall is better (in terms of grind and build-quality) than these models, the competitors are typically around one-third cheaper.

That’s a substantial amount of cash for a home user, so it’s difficult to say whether the extra money is worth it to you.

Also, comparing handgrinders and eletric grinders is a bit of an apples/oranges discussion, since they are quite different in terms of daily user experience.

Hopefully, we’ll see some price reductions down the line, and maybe even a cheaper version without a scale. Around $300 it would suddenly be very easy to recommend the Wilfa and its conical competitors.

Pro-tip: With fragile devices like grinders, support is something worth having in mind. It’s worth remembering that Baratza’s support is likely better than Wilfa’s across the Atlantic, but in Europe, and Scandinavia specifically, the reverse is true.

However, at the moment the Wilfa Svart is only available in Europe so until we know anything about retail price and availability the whole discussion is theoretical.

The Wilfa Svart Uniform is a stellar grinder. I feel like my morning coffee tastes more like ‘coffee shop’ rather than homebrew compared to before. I can go for a higher extraction percentage without getting undesirable flavors.

The grinder is easy to use, seems like it’s built to last, and looks pretty neat. The main downside is the weird inclusion of the Bluetooth scale.

It doesn’t make it a worse grinder that it’s there, it’s just a puzzling inclusion in an otherwise minimalist product. You can’t help wondering how much cheaper the grinder would have been with a regular lid.

If you’re a black coffee person with a penchant for the occasional espresso I think this grinder will be a great choice that will last for years. If you already have a good grinder such as the Lido 3 or the Baratza Encore, this is still a step up to a different league.

However, if you own the likes of a Helor 101 or Comandante (and don’t mind using your biceps) it makes less sense to upgrade.

Wilfa and Wendelboe have done well with this project, and if they are able to make a cheaper Uniform 2.0 without a scale, I think it’d more or less be the ideal homegrinder.