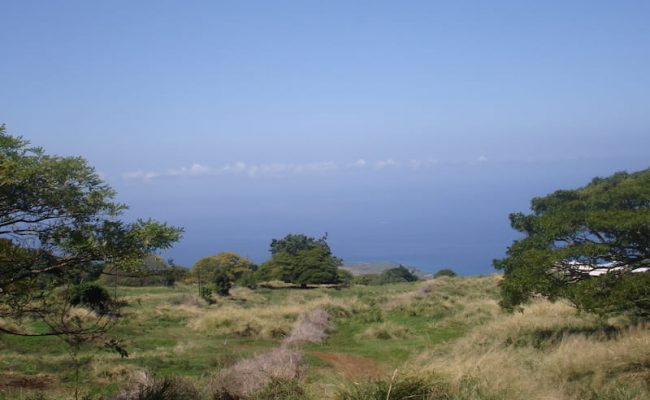 Kona Coffee: Is Coffee from Hawaii Overrated or Some of the Best?

The success of Kona, and Hawaiian coffee in general, has gone down in recent years. But why? We dive into the mystery here.

There are some coffees that get a reputation for being cream of the crop.

Jamaica Blue Mountain, peaberry, and yes, even Kona Coffee fall into this category.

It’s not that coffee from Hawaii is an outright scam (unlike Kopi Luwak, which most certainly is) it’s just that you might waste your money unless you know what to look for.

In this article, I’ll take you by the hand, and explain everything worth knowing about the legendary Kona Coffee.

What Makes Kona Coffee So Special?

Coffee from Hawaii, and Kona in particular, has always had a special allure in the minds of the American consumer.

The main reason for this is the special place that Hawaii holds in the American psyche. While Kona beans, traditionally have been considered premium coffee beans, they are somewhat overrated, and let’s be frank; extremely overpriced.

The success of the bean can mostly be chalked down to its brilliant marketing.

At the same time, Kona (and Hawaii in general) do have some advantages, when it comes to coffee production:

Is Kona Coffee Still Worth It?

If you ask coffee snobs around the world about Hawaiian coffee, they’ll most likely look at you with a condescending smirk.

Kona coffee has become a lot less popular among hardcore coffee geeks, over the last 10 years.

Coffee, as a crop, everywhere in the world is undervalued because of cheap labor and abundance of production in the developing world.

Kona coffee is unique since it’s grown and harvested by Americans. This makes the labor a lot more expensive compared to countries like Kenya and Ethiopia. There are minimum wage laws in the US, and since coffee is rather labor intensive, the costs go up.

The price for green (raw) Kona coffee is around $20-25/lb, whereas other regions, such as Central America or Africa is $6-$9/lb for the same (or better) quality.

Kona coffee is still just as good as it used to be back in the days when much of the hype was starting to spread, but the worldwide competition has just increased dramatically.

One of the ways the Hawaiian coffee industry has responded to this, is by creating cheaper “Kona-alternatives”.

Grocery store brands have begun selling “Kona Blends”, which is just 10% of any random Hawaiian coffee blended with other Arabica beans to jack up prices.

This is definitely not helping the Kona-brand.

What Makes Kona Coffee so Expensive?

Kona Coffee is from the Arabica species, which is a good thing. It means that the flavors will be mild and nuanced if the coffee is grown and processed correctly.

The Kona Coffee Belt is the small but prime coffee-growing area in Kona. The belt is about 30 miles long and a mile wide, with elevations ranging from 500ft to 2,500ft along the fertile western slopes of the Mauna Loa and Hualalai volcanoes.

The name “Kona” is sometimes used interchangeably with its largest town, Kailua-Kona. But in reality the region has other towns named Kealakekua, Hōnaunau, Keauhou, Holualoa, and Honalo.

The History of Kona Coffee

The story of Kona begins in 1823 when the Hawaiian King Kamehameha II travelled to England with Oahu’s governor, Chief Boki. Unfortunately, the king contracted measles on his trip and died before his return to the Big Island. On the way back home, Chief Boki stopped in Brazil and picked up some coffee plants that he brought back to Hawaii.

In 1828, a man named Samuel Ruggles brought the plant to Kona where it prospered. Following that, from the 1850 to 1880s, the Kona coffee industry grew dramatically, with several plantations established, many of which are still functioning today.

How Much Coffee Is Produced Each Year in Kona?

Up to three million pounds of unroasted coffee beans were produced each year up until 2007.

Between 2013 and 2014, an estimated 2.4 million lbs of unroasted coffee beans were produced. This is because a large amount of the Kona coffee crop is blended with other coffee beans, resulting in the decline. There is an average of about 20 million pounds of coffee sold each year with the label of Kona Coffee, though much of it is more aptly described as Hawaiian Kona Blend Coffee.

Coffee berries are referred to as “cherries” because of the bright red color they turn once they are ripe. Each of these cherries contains a couple of seeds, which are considered the coffee beans. The producers hand-pick the cherries from the plant; another reason why machines aren’t used is that all cherries don’t ripen at the same time even on a single plant and picking only the ready fruit requires a sharp human eye.

Harvesters choose coffee cherries based on their firmness, color, and size. A machine strips away the flesh and pulp, leaving behind the coffee beans. The beans are fermented between 12 and 24 hours and then washed in fresh water. Once washed, the beans are spread out in the sun to dry so their moisture levels can get anywhere between 9 and 12.2%.

Kona coffee has a simple but still rich flavor; it is light and delicate with a complex aroma. A high quality Kona coffee has a clean and well-balanced flavor along with medium body and brightness through acidity.

Often, it exhibits spicy and buttery qualities with subtle winey tones, and is intensely aromatic with an incredible finish.

The primary grades of “Type I” Kona coffee beans are categorized as:

All Hawaii Kona Peaberry Coffees are classed as “Type II,” and they are then divided into sections and graded as Peaberry Prime and Peaberry #1.

Does the Kona Make the Grade?

Even though Kona is a small coffee-growing region, different regions across the district produce various qualities. Grading depends on several different characteristics of the coffee, such as its shape, size, moisture content, rarity and any flaws in the beans. Generally, the larger the coffee beans, the more flavor they will give. Thus, the grade varies from producer to producer.

The weather in Kona is extremely encouraging for growing coffee beans. It has the added benefit of rich, dark volcanic soil that is packed full of minerals.

However, the most special thing is that it’s grown in an American State.

Why is Kona Coffee so Expensive?

Since all labor has to be done by hand, the labor costs go up. There are minimum wage laws that prevent low-cost labor since the coffee is 100% American grown.

For perspective, 8lbs of the coffee fruit produce 1lb of Kona coffee. Each tree produces about 16lbs of fruit; only 2lbs of roasted coffee are produced per tree – of which, all the labor is done by hand!

Is Kona Coffee Still Worth It?

Not really. The third-wave coffee movement disrupted the popularity that Kona coffee had enjoyed previously by offering better and cheaper alternatives from other parts of the world.

The unique selling point of single-origin, organic, family farm grown coffee was suddenly not so unique any more.

Review: 1Zpresso K Plus is an Engineer’s Dream