Lavazza is one of the most famous Italian coffee brands. But is it also worth trying if you’re a true coffee snob?

…and a bunch of charred Robusta beans 😔

For that reason, I must admit that it’s rare that I dive into more commercial coffee brands. Like many other coffee people, I have a bias against old Italian brands.

However, this little review showed that many of my prejudices were unfounded. Now have a healthy dose of respect for Lavazza coffee.

If you want to find out which Lavazza coffee I think is the best one, then read on.

Lavazza is Over 100 years old!

Lavazza is an ancient brand. It started back in 1895 when Luigi Lavazza became a grocery store owner in Turin, a city in Northern Italy.

It turned out that Luigi had a knack for the coffee business, and especially for making blends.

Allegedly, Luigi visited coffee farms in Brazil, which is quite impressive, considering how complicated it was to travel 100 years ago.

There are pictures of some of the old blend recipes on the company’s website – one even contained beans from Haiti, which is a bit of a historical curiosity today, where the Haitian coffee industry has virtually disappeared.

Nowadays, it’s the fourth generation of the Lavazza family that’s running the company.

However, one thing is a glorious past. Another is the current day and age. So let’s see how these blends are tasting compared to today’s standards, shall we?

In this review, I started by first cupping all three blends, followed by espresso and milk beverage preparation. I was lucky to have some more “old-fashioned” coffee drinkers at my side for parts of the test, so I could see how people who are not obsessive coffee geeks would react. 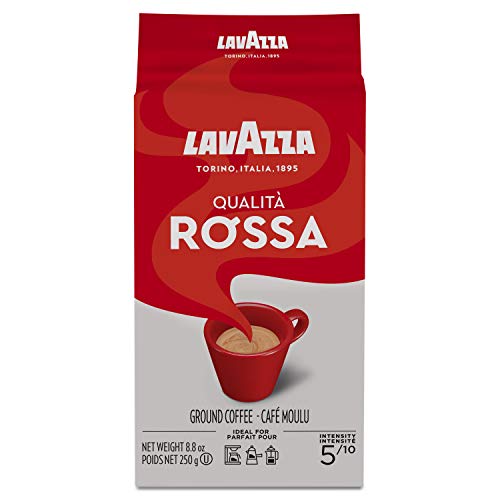 Let’s start with Rossa, which is one of Lavazza’s oldest blends. It was produced the first time in 1971, which means that it can celebrate its 50th anniversary this year.

The visual appearance is darker than the other beans in this comparison, with slight traces of oil and a smooth, shiny appearance. However, it’s pretty far from what would usually be considered a “French” or “Italian” roast. Compared to most Starbucks blends, these beans are still a fair bit lighter.

The fragrance is earthy with hints of popcorn. It smells like there’s a significant amount of robusta in here. Some sources state that it’s a 60/40 blend, but there’s no official information available from the company as far as I have seen.

Lavazza states that the coffee is mainly from “South America and Africa,” which is not saying anything since most coffee beans in the world are from either those two continents or Asia.

Cupping the coffee is interesting. There is no acidity present and a significant mouthfeel, although a bit flat. It tastes a lot like robusta, alright; however, not in the burned rubber way robusta can sometimes taste.

Brewed as an espresso, the appearance is good. Robusta always adds a lot of crema, and that is also the case here. As an espresso, it’s also a bit dull for me personally. But now you’ll at least get a sort of cocoa nibs flavor note that is interesting. Espresso amplifies flavors, so boring coffees that fall short on a cupping table can liven up a bit.

So who is this coffee for? I would only say that it’s for old-school coffee drinkers who strongly dislike acidity. Most specialty coffee lovers would detest this blend. I tried it in a cappuccino as well, and it tasted muffled here.

However, one of my test subjects — a man in his sixties — preferred this blend out of all three, so I think it hits the sweet spot for a certain kind of coffee drinker. 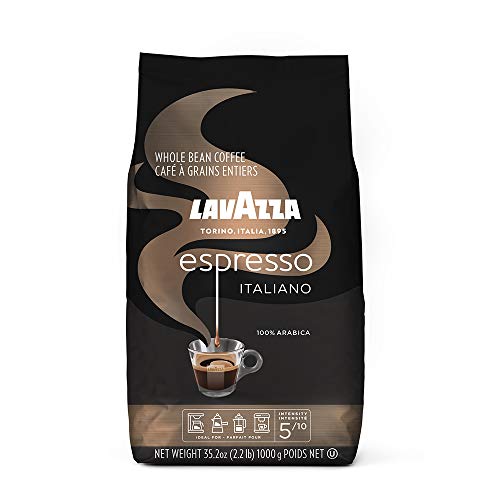 The Espresso Italiano blend comes in a black bag. Judging from the name, I would expect a charred coffee; however, this is relatively light. For instance, it’s far more light than anything from Starbucks, including their Blonde roast.

This is what I would consider a medium roast. Also, there’s no robusta. It’s 100% arabica.

Interesting, isn’t it? Not what most people would expect from an Italian espresso blend.

As it cools down, it reveals some nutty sweetness. There’s hazelnut or almond and some chocolate.

It’s a well-executed, classic profile. I can see it working for many brew methods — although it’s probably a bit too mellow and one-dimensional for pour over.

As an espresso, I find myself enjoying it quite a bit. It’s not roasty at all, and when it’s well extracted, it’s very balanced and round. It’s not a flavor bomb at all. I would say it’s more on the nutty-chocolate spectrum rather than the fruity side.

In milk drinks, it also works well. It’s very subtle. There are no roast flavors or fruit to cut through the milk. So if you like that type of sweet, balanced cappuccino, then this is for you. 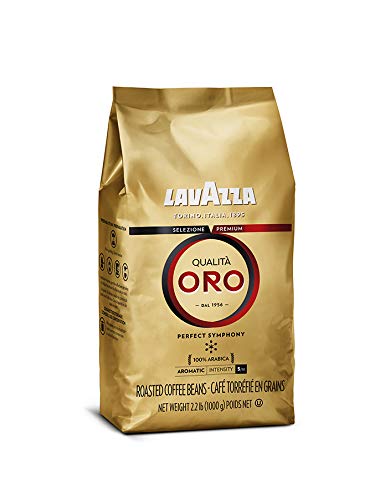 Qualità Oro is in between the two others in terms of roast degree. It’s a bit darker than the Espresso blend but still lighter than Rossa.

On the cupping table, it stands out for its more vibrant, fruity fragrance. It’s 100% arabica, and it also tastes that way.

On the tongue, it has a more bitter dark chocolate note coming from the roast degree. This is combined with a fruity/berry note. It’s hard to pick a specific fruit, but some hints of citric fruits and red berries are present.

It’s an appealing profile that could work for many brew methods besides just espresso.

As a pure espresso shot, it’s an amplified version of the notes mentioned above. The charred flavors from the roast are more noticeable compared to the two other blends. I actually appreciate that in milk drinks, but it doesn’t appeal much to me as a straight shot.

It’s also the most fruity of the three blends (which isn’t saying much), but at least it’s interesting to see some contrast. One could probably say that this is Lavazza’s attempt to make something for the specialty coffee geeks. However, I don’t think many true geeks would be convinced. It’s a decent blend overall, but while I see Rossa and Espresso having a clear target audience, I’m not sure who would be really into Oro.

Confession time… I thought all these coffees would be roasted a lot darker than they were. This is the common conception of Italian coffee in the specialty coffee community. So it was a welcome opportunity to try these coffees and evaluate them for what they are.

All three blends have their own clearly defined profile. If you can’t stand acidity and want body and mouthfeel, then go for Rossa. If you want a clean, round cup, then go for the Espresso Italiano. Finally, for something a bit more fruity and modern, Oro is there.

Personally, I’d go for the Espresso Italiano if I had to pick one of the three. It’s a professional composition that’s executed very well. The roast profile is light enough that it wouldn’t be boring in a French press or AeroPress. But, on the other hand, it should be easy enough to extract on most home espresso setups.

The major downside to drinking supermarket coffee is that it’s tough to find fresh beans. The ones I used for this comparison were around six months old, which isn’t even that old in the grand scheme of commercial coffee.

How would they have tasted fresh?

Probably a lot better, but I guess we’ll never know.

Well, Lavazza has an education center in Italy, so I guess that might be an option.

But in a supermarket? I highly doubt it…