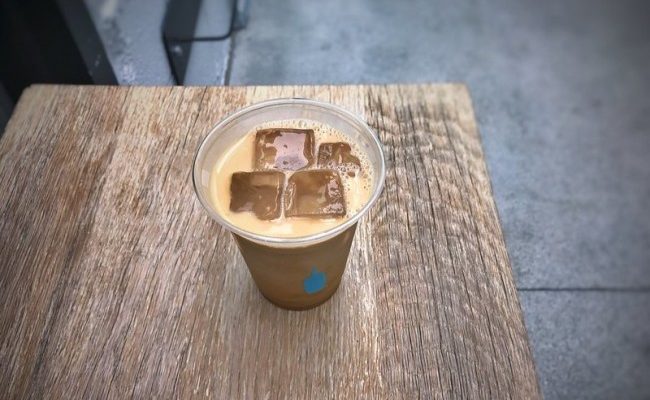 Nitrogenated coffee has been in vogue for a couple of years now. We take a closer look at this intriguing ice coffee.

If you’re a real coffee lover, there is only one way to drink your coffee, and that is hot. Or at least lukewarm.

However, even the most diehard coffee dogmatist can succumb to the heat of a post-global warming summer.

In those instances, it’s acceptable to chug down a cold brew or Japanese Ice coffee.

One of the newest trends in the world of chilled coffee is to infuse it with nitrogen. This concoction is usually called ‘nitro coffee’ or just ‘NCB.’

In this article, I’ll analyze nitro coffee from a coffee snob’s perspective and tell you everything you need to know

What is nitro coffee

As the name implies, nitrogen is added to coffee and served chilled. Why would you want to do that in the first place?

Well, because it gives the beverage a pleasant and creamy mouthfeel.

Just imagine a Guinness draft beer mixed with cold brew coffee, and you immediately know how a nitro coffee tastes.

Traditionally, the head in beer is created by carbon dioxide produced during the brewing process. However, Guinness invented a method where beer was drawn from a keg and mixed with nitrogen. This creates a more substantial head as well as a less acidic flavor compared to relying on carbon dioxide alone.

The origins of nitro coffee are slightly vague. One version of the story is that a frustrated barista at the New York cafe The Queens Kickshaw complained about the cold brew setup, and was then told by the owner just to put it on tap next to the beers.

Other people credit the food scientist Nate Armbrust from Stumptown Coffee with the invention. (Source)

Unfortunately, none of these claims make much sense upon closer inspection:

If you have tried drinking an old, stale beer at room temperature, you know how much chilliness and bubbles play into the experience. This combo makes a lot of things more palatable but saying that it’s better than regular coffee is taking things too far. It might taste better than average diner coffee that’s been left on the burner all day, but I’ll stick with my carefully brewed pour over coffee most of the time (unless it’s a super sunny day).

As for health benefits, they are even more far-fetched. Allegedly, you don’t need to add sugar to a nitro because of the texture. However, that doesn’t make it healthy; it just means that it’s not as unhealthy as certain other coffee concoctions (I’m looking at you, frappuccinos!)

An ice americano or Japanese Ice coffee, or almost any black plain coffee, is similar to nitro when it comes to calories.

How to make Nitro cold brew coffee the proper way

Nitrogen itself is just a chemical element, so what matters in the flavor is the quality of the beans and how the coffee that is going to be infused is brewed in the first place.

If you use a premium coffee, there should be no reason to use sugar. The beans will already have sufficient sweetness.

Nitro has the potential to be tasty if it’s made on well-extracted coffee beans and infused with a bunch of nitrogen. Unfortunately, it’s more often than not just a sloppily brewed cold brew with a bit of a fizz.

Is Nitro coffee bad for you?

No, nitro coffee is actually more healthy than common drinks such as lattes and macchiatos, since it usually has less sugar and calories. Of course, you should consume with moderation.

How does Nitro coffee work?

Nitro cold brew is made by infusing the base blend with nitrogen to give it a rich, velvety head, like that of nitro draft brew, for example, Guinness. Nitrogen (N2) bubbles are littler than carbon dioxide (CO2) bubbles and, when imbued in the espresso, give it a rich mouthfeel.