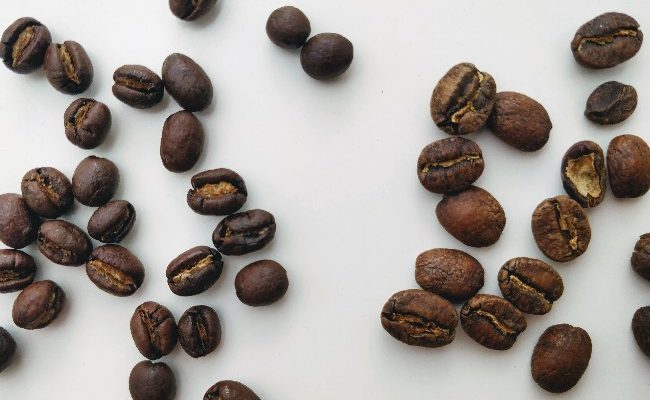 What is Peaberry Coffee. And Should You Try it?

Peaberry coffee is a bit of a mystery. But it continues to fascinate coffee geeks. Find out whether you should try it.

Peaberry coffee is interesting. It’s one of those beans like Kona and Blue Mountain that is somewhat mythical.

While specialty coffee and the third wave have established a range of new heroes such as geisha and pacamara, peaberry is more old school.

That’s not to say that peaberry is bad in any way. It’s just not as popular as it used to be.

It’s a little bit like in the world of gastronomy: In the 70s people went nuts about quiche and fondue, whereas today everybody is obsessed with avocado smash and smoothie bowls.

With that out of the way, let’s take a closer look at what’s so exciting about this bean.

What is a peaberry?

As you probably know, coffee is a fruit. What we call beans are actually seeds that are contained inside a cherry. Typically there are two seeds, and because they are resting against each other, they have a flat bottom and a more rounded side.

The peaberry is a freak of nature. Sometimes the coffee cherry will develop with only one seed inside. Because they don’t have any twin to put pressure on the side, they get a rounded shape that is reminiscent of a pea or a berry — hence the name.

This phenomenon occurs when only one or two of the ovaries in the coffee flower is pollinated. So the peaberry is not ideal; it’s not Mother nature’s ideal.

In general, when organisms have fertility problems, we don’t see it as a sign of superior quality, and perhaps the same rule should apply to coffee.

However, for many years, peaberry coffee has been promoted as being somewhat superior to regular coffee.

Peaberries occur naturally in 5 to 10 percent of coffee. However, when arabica is crossed with robusta, that number goes up because of the infertility issues mentioned before.

Is peaberry better than regular coffee

Back in the days, coffee salesmen would sing the praises of peaberry. The argument was that it was somehow a more concentrated bean because it doesn’t have to share nutrients with another seed.

Today, the consensus in the coffee industry seems to be that peaberry is neither worse or better; it’s just different.

With coffee, there are so many factors that play into the final product. Altitude, varietal, soil, and farming skills all have more to say than whether the coffee is peaberry or a flat berry (normal bean).

The answer is “no.” I’ll bet my old hat that the Ethiopian bean will be sweeter, cleaner, and more interesting than the Indonesian peaberry every day of the week.

To say that a peaberry is somehow better than regular coffee doesn’t make any sense. People who claim that inadvertently show that they don’t understand the multitude of factors that go into cup quality (it’s the same kind of people that praise kopi luwak).

How is peaberry coffee made

If you buy a bag of unroasted coffee beans, there’s a good chance that you’ll find a few peaberries in the mix.

However, many coffee producers tend to sort out the peaberries and sell them separately.

You have probably already heard about Kenyan AA and AB. This categorization doesn’t say anything about quality. It’s just two different bean sizes.

All decent coffee mills will try to separate the coffee beans by size, and in the same process, you’ll get a portion of peaberries.

The main reasons to separate the beans by size isn’t because smaller or larger is better. Instead, it’s to make roasting easier. If there are too many different sizes in a batch, they will develop at different rates. The small bean will get dark and roasty while the bigger bean will taste grassy and sour. So the more consistent the bean size is, the easier the job is for the roastmaster.

Peaberries tend to roast very evenly. Because they are small and round the heat transfers more reliably than regular coffee beans.

Peaberry and Tanzania have somehow become firmly related, which is kind of strange. You have peaberry everywhere in the world, and you also have excellent regular coffee from Tanzania. So why this combo?

The most likely explanation is due to random historical circumstances. Japanese coffee buyers have a thing for Tanzanian coffee, and so they would buy the vast majority. The peaberry was the leftover coffee that found a niche as a curiosity in the American market.

Back then, the coffee marketing jargon was closely related to each coffee origin, having some ‘superpower’ that defined them. Just think of:

Somehow ‘regular Tanzania’ doesn’t fit into that mold. But Peaberry Tanzania, on the other hand… that stuff is easy to sell.

The industry expert Kenneth Davids from Coffee Review has also been puzzled by this weird connection. He arrived at a similar conclusion.

“Frankly, I don’t have a clue and neither does anyone else I have contacted. None of the statistics I have seen suggest that Tanzania produces any more peaberry than does any other coffee region. I would guess that at some early date in the development of specialty coffee the association of Tanzania and peaberry was established, and the combination remained standard in the specialty repertory ever since.” (source)

The truth is that there is nothing inherently Tanzanian about this kind of coffee. The coffee plant doesn’t know about land borders (only humans do), and there are peaberries everywhere coffee is grown.

Conclusion: Should you try it?

I think most coffee lovers are adventurous people deep down. We crave novelty, and we want to try the rare, and the exquisite. Those reasons might be enough for you to try to get your hands on some peaberry beans.

Personally, I have had quite a few of these, and I have never thought they were anything special. Good; sure. But not special. That’s just my personal experience.

Peaberries are fascinating, and you’ll get more bang for your buck buying this kind of coffee compared to other overrated types such as Jamaica Blue Mountain or Kopi Luwak.

However, you shouldn’t believe the hype that some roasters try to espouse. Peaberry doesn’t have a cult-like following, and it’s no more balanced than other tasty coffee.

This coffee has never been used by any of the winners of the World Barista Championship or Brewers Cup, and that should tell you everything you need to know.

If you want to get some actual, legit, premium coffee then check out my guide to the best coffee clubs instead.

What is a Peaberry Coffee?

Sometimes the coffee cherry will develop with only one seed inside. Because they don’t have any twin to put pressure on the side, they get a rounded shape that is reminiscent of a pea or a berry — hence the name.

Today, the consensus in the coffee industry seems to be that peaberry is neither worse or better; it’s just different. With coffee, there are so many factors that play into the final product. Altitude, varietal, soil, and farming skills all have more to say than whether the coffee is peaberry or a flat berry (normal bean).

Does Peaberry coffee have more caffeine?

No, peaberry coffee has the same level of caffeine when contrasted and other Arabica espresso beans whose caffeine content generally averages about 1.2%