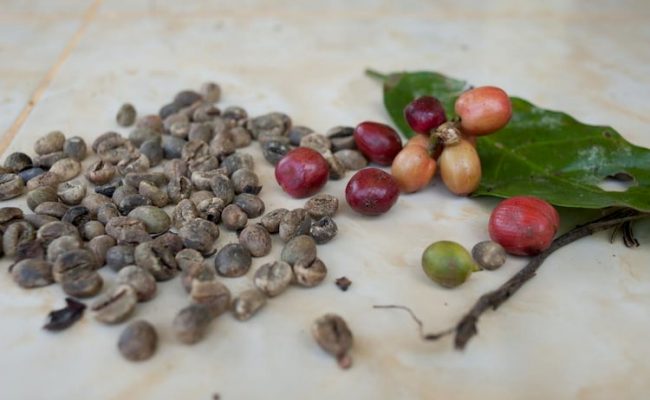 Robusta coffee is the misunderstood villain in the world of coffee. But now it’s time to embrace diversity, and give the plant a fair chance.

Robusta coffee has always had a kind of ominous presence in the world of coffee.

Even if you don’t know a lot about coffee, most likely, you have the impression that Robusta is some sort of villain responsible for everything that’s wrong.

If that’s your mentality, don’t be ashamed. For a long time, I had the same attitude. But things are starting to change in the world of specialty coffee.

Before writing this article, I asked my followers on Instagram what they think of Robusta. The opinions were extremely polarised. Here are some replies:

But they also said this….

In this article, I’ll explain why Robusta can be so divisive.

I’ll also tell you why I personally think it’s awesome, and might actually become more popular in the near future.

Check out this video, where I explain more about Robusta

Why does Robusta have such a bad reputation? Well, it’s not so strange when you think about it.

Even though there are hundreds of coffee species in the world, only two are widely used as commercial crops: Robusta and Arabica.

The mainstream idea is that Arabica is awesome, high-end stuff, while Robusta, which accounts for about 40% of the world’s production, is nasty and cheap.

When you see coffee bags proudly stating 100% Arabica, you intuitively understand that it’s vastly superior to the only other option.

(Of course, this marketing message is bogus; Arabica can still be bad.)

In the world of baking, a crop like spelt has become hugely successful in recent years after having lived in the shadow of common wheat for a century. Spelt might not be suitable for the same fluffy, white burger buns that people with simple tastes prefer, but that doesn’t mean that it’s inferior.

Use the code TCC10 and get 10% off on Vietnamese Robusta coffee from Nguyen Coffee Supply.
Disclaimer: If we have to generalize, it is correct that Robusta is usually more bitter and less sweet than arabica. That is down to biological differences in sugar content and different level of organic acids. But does that mean that we should completely ignore a whole species?

The Search for a lowland coffee

So even though this article is supposed to be an homage to Robusta, it’s difficult not to talk about the subject in relation to its more famous and revered cousin.

Arabica originated in the highlands of Ethiopia. It only thrives at altitudes and climatic conditions similar to its original habitat.

When coffee started to become a global commodity around several hundred years ago, there was interest in finding a species that could be grown at lower altitudes, since this would make more land available for the new crop.

According to coffee-historian Stuart McCook, a particular species of coffee from the West African nation Liberia, started to be promoted as the ideal lowland coffee around 1870. This plant later came to be known as Coffea Liberica .

Initially, the plant was believed to be resistant to leaf rust. By 1895, however, this advantage had disappeared. Many Liberica plantations operated by colonialists in Southeast Asia were wiped out by the disease, and the crop never regained its popularity.

Around this time, European botanists ventured into more remote parts of Central Africa, where they found a new promising species that they named: Coffea canephora var. Robusta. As the name indicates, Robusta was seen as a more durable and robust coffee. In 1900 the plant was introduced to Java, and as they say, the rest is history.

Robusta has a high yield while being able to grow in lowlands.

It also proved to be very resistant to diseases. This is partly due to its higher caffeine content. Robusta has around 2.7 % compared to Arabica’s meager 1.5 %.

When humans ingest caffeine, it works as a stimulant, but for insects, it’s like pesticide. Robusta also has almost double the amount of chlorogenic acid – another substance that insects don’t like. This polyphenol works as an antioxidant, and has recently been linked with weightloss.

Chlorogenic acid is also the most important ingredient in the new health-fad “Green Coffee Extract,” which is made of unroasted, green coffee beans.

The genesis story above shows that Robusta was always envisioned as a cheap alternative to Arabica. It hasn’t been viewed from a different angle until quite recently.

Up until now, Robusta has mainly been used in instant coffee and as a cheap filler in espresso blends, where it provided stronger crema and extra caffeine.

Until a decade ago, Robusta was actually seen as an essential ingredient in the typical espresso blend — especially if they were made by Italian roasters.

However, when the specialty movement began, it was quick to vilify this style of blend, and instead started to push the more acidic, 100 % Arabica epressos we have today.

Today Robusta is still hugely misunderstood. Just the common name itself is an indication of that. Actually, we ought to call it by its scientific name ‘Canephora’ since Robusta is just a varietal.

In the same way Typica and Bourbon, are the main lines of Arabica, Robusta is a variety of Canephora.

The first time I heard somebody talk about Canephora was in 2019 when I attended a cross-species cupping hosted by Dr. Steffen Schwarz of the Coffee Consulate. On the cupping table, we had both Arabica, Liberica, and Canephora.

The goal of the cupping was to appreciate all the different species for what they represent. Wine lovers can enjoy both reds and whites, even though they have different attributes, so why shouldn’t coffee people be able to do the same?

At the event, Dr. Schwarz argued that we always talk about different varieties of Arabica (such as geisha, bourbon, and typica) but never about the different subspecies of Canephora. We even call it the wrong name.

There are several different varieties; for example, SLN 274, Old Paradenia, Conilon, and so on. All have their own characteristics.

According to Dr. Schwarz, one of the main reasons that we never experience good Robustas is because they are only grown with a commercial goal in mind. The farming and processing creates a lousy product. If we treated Arabica coffee the same way, the result would also be substandard.

Sidenote: Dr. Schwarz argues that Robusta is a misleading name, since the plant actually has a rather shallow root system compared to both Liberica and Arabica. He claims that Liberica is the stronger species of the three, and that it will be able to handle climate change better

There are small signs that the specialty coffee community is finally starting to wake up. CQI has created a program parallel to its esteemed Q Grader program, where you can become a licensed ‘Robusta Grader.’

Can you drink 100% Robusta coffee?

So will there ever be a time when regular coffee lovers can experience 100% specialty Robusta? Yes, no doubt. There are already a few roasters, especially in origin countries, offering so-called ‘fine Robusta.’

As specialty coffee becomes more mainstream, the avantgarde will move further towards the fringes of coffee and experiment with lesser-known species. We have seen a resurgent interest in Liberica and Eugenioides, and Robusta ought to be ready for a revival soon.

Robusta coffee is not as sweet as Arabica. It also doesn’t have the same citric acidity. Instead, it has more ‘brown’ flavor notes. Think oriental dry spices, chocolate, and toffee.

Personally, I think that it really shines when brewed straight as a espresso shot. The slightly savory and chocolate flavors combined with the lack of acidity makes it an interesting experience.

If you brew Robusta in a V60 in typical third wave-fashion, you will probably be disappointed. I have had better results with a very strong brew ratio of 1:10 when drinking it as straight black coffee. I hypothesize that the increased coffee to water ratio is necessary due to the inherent lack of sugars and citric acid in Robusta. Using a stronger ratio is almost like using a magnifying glass. Of course, the downside (or upside depending on who you ask) is that a cup brewed this way will have the caffeine equivalent of 2,5 normal cups 😳

Some people also mention that Robusta is excellent in milk drinks, but I usually take my coffee black, so this isn’t something I have explored in-depth.

Robusta has double the amount of caffeine. It also produces more and thicker crema than Arabica: the shots look damn impressive.

Of course, crema is like the coffee community’s version of big, bulging biceps. It’s mostly for show. But in a world that lives and breathes for Instagram attention, that’s something to recognize. (Just think about the stratospheric success of the cloying Dalgona coffee.)

You don’t have to be David Ogilvy to see that specialty robusta would be perfect to market as some kind of uber-caffeinated macho coffee.

Robusta makes up about 40% of the world’s production of coffee. However, most of it is grown in Vietnam and Brazil on plantations that only care about quantity.

There’s a cliche that Robusta tastes like burnt rubber, and that can certainly be the case with bad batches.

But the majority of the bags with 100% Arabica on the shelves in the supermarket tastes like malnourished fox pee. It doesn’t make sense to use the lowest denominator as a starting point for discussions about quality.

Specialty Robusta is still rare, but as consumers begin to question old dogma and request new experiences, I’m sure coffee companies will be quick to jump at the opportunity.

➡️ Here’s some premium Robusta coffee from Nguyen Coffee Supply. Use the code TCC10 and get 10% off on

Most people think that Robusta is low quality but actually that is not the case at all. When a Robusta coffee is processed the right way, it can taste absolutely delicious.

Where is Robusta coffee from?

Today Robusta is grown in many tropical countries, but Vietnam is the main producer. Robusta coffee originated in Central Africa.

Why is it called Robusta coffee?

Actually the correct name for the coffee is Coffea Canephora var. Robusta, but in daily life it’s called Robusta. The name is meant to reflect the fact that Robusta grows under more harsh conditions than Arabica.