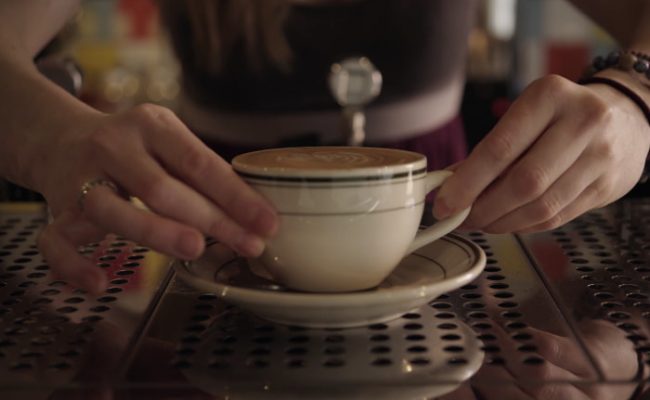 Here are some of the best coffee documentaries. If you want to learn more, while being entertained, this is a great place to start.

If you’re a big coffee geek (or want to become one), no doubt, you have been thinking about whether there are any coffee movies out there worth watching.

Compared to how much space coffee takes up in people’s lives, there are actually surprisingly few coffee documentaries. And many of them don’t have the high production values we have become used to in recent years.

However, there are a few candidates that stand out. Here are four coffee documentaries that I think are essential to understand where both specialty coffee and coffee on a more general level are today.

I have listed them in the order that I recommend you to watch them if you see yourself as a coffee newbie.

A Film About Coffee

Who should watch it? People who want a broad introduction to specialty coffee in its current form

A Film About Coffee is probably the most beautiful and well-produced coffee movie made to date.

If you’re just getting into specialty coffee, this is a great place to start; the movie does a great job explaining all the essential aspects of Third Wave coffee.

We visit coffee farmers in Rwanda and see the direct impact specialty coffee has on these people’s lives. It becomes really apparent when they have problems with water supply in the village, and Portland-based Stumptown Coffee Roasters help them financially.

After the beautiful and interesting sequences from Africa, we see coffee legends such as James Freeman of Blue Bottle and George Howell talk about pour over coffee and the syphon.

This segment is probably not that interesting if you’re already a hardcore coffee geek, but it would serve as a good introduction for newbies.

In the next chapter about espresso, things get a bit more interesting. We visit the eccentric Japanese barista Katsu Tanaka and his coffee shop Bear Pond.

“Coffee people have to be sexy”

Tanaka is the edgiest person in the documentary. He’s also responsible for the only bit of comic relief in the movie when he says that “coffee people have to be sexy“.

The movie has an interesting interplay between scenes from the US and more exotic origin countries, with the latter being more exciting.

It does give a good representation of an American consumer and barista culture on one side and a producing culture on the other side.

While beautiful and captivating through, ‘A Film About Coffee’ tends to be a bit solemn. It’s alive and exciting when we visit Japan and other parts of the world, but a bit too formal and superficial when dealing with American coffee people.

However, I still think that this is the best introduction to coffee that the film media offers, and it’s also the most professional coffee movie out there. Oh, and the score is excellent as well.

Who should watch it? Coffee lovers who want to know more about coffee competitions and one of the few superstars of modern coffee

The Coffee Man is an entertaining and geeky coffee movie. It follows the journey of Sasa Sestic leading up to his participation and victory in the World Barista Championship in Seattle in 2015.

Sasa Sestic is a bit of a legend in coffee today. His name goes hand in hand with quality and dedication due to his Australian coffee chain ONA and his coffee sourcing company Project Origin.

To be honest, I’m not sure coffee competitions are really that interesting to people outside the specialty coffee community. They tend to focus on microscopic details and pedantic rules. However, because Sasa has such a fascinating personal history, we root for him all the way through the movie.

Originally, Sasa hails from Ex-Yugoslavia, and like many other people, he became a refugee when the war broke out at the beginning of the 1990s.

The Sestic family ended up in Australia, and Sasa, a promising handball player back then, ended up representing his new country at the Olympic in Sydney.

However, he had to give up the dream of becoming a professional athlete for various reasons, and instead, the coffee ends up being Sasa’s all-consuming passion.

Overall, the film is well-produced and entertaining, and it really helps to have a charismatic protagonist like Sasa Sestic.

Who should watch it? People who want an entertaining, feel-good story about inventiveness and the creativity of coffee people

The AeroPress Movie is just wonderful.

It’s not quite a full-feature movie, but the story it tells is so focused and geeky that you get sucked into a different world.

As you have probably guessed, the movie is about the coffee brewing contraption, the Aeropress.

Of course, the AeroPress is one of the most beloved and wonderful coffee gadgets of the last couple of decades, but I still wasn’t sure that it could be the main focus of a whole documentary.

It turns out that the story of the AeroPress and its inventor, the eccentric inventor and Stanford University engineering instructor, Alan Adler, is more than enough to keep you glued to the screen all the way through.

The first part of the movie focuses on how the AeroPress was invented and eventually became popular.

The second part of the movie zooms in on how the specialty coffee community received the brewing device and how the World AeroPress Championship came to be.

There’s an interesting dynamic between the old, opinionated inventor and the young and playful coffee people who end up using the AeroPress in a bunch of unexpected ways.

The movie is produced by the bloggers/YouTubers from European Coffee Trip, and the film benefits from their strong command of the subject and knowledge of the audience. There are no unnecessary details, and the documentary never feels dull or repetitive.

The clear focus and a strong protagonist, such as Alan Adler, are a winning combination. This movie covers specialty coffee mythology and even writes a few new chapters.

Who should watch it? People who are socially conscious and want to know more about the darker sides of the coffee trade.

While ‘A Film about Coffee’ touches upon the complicated post-colonial issues surrounding the coffee trade and farmers’ conditions in the third world, this documentary revolves around this topic.

For that reason, it’s a less flattering portrait of the coffee industry and a less entertaining movie. It’s not a feel-good movie, but it’s required to watch if you want to understand how unfair the commercialized coffee trade is.

The documentary follows Tadesse Meskela, the manager of Oromia Coffee Farmers Cooperative Union, in his quest to elevate the living standards among Ethiopian coffee farmers.

Ethiopia is famed for being the birthplace of coffee, and the country grows an abundance of amazing beans today. However, even though coffee is often portrayed as black gold (hence the name), farmers are only paid pennies for their hard work.

The movie is from 2006, so it’s released before specialty coffee really became “mainstream“. For that reason, we don’t get to see how much impact modern roasters have had in places such as Ethiopia, where the majority of the export is based on coffee.

However, it seems that Tadesse’s union has actually been successful in achieving many of its goals.

At times Black Gold is a bit repetitive and one-sided; however, if you want to understand the harsh reality of being a coffee farmer, this is the movie to watch.