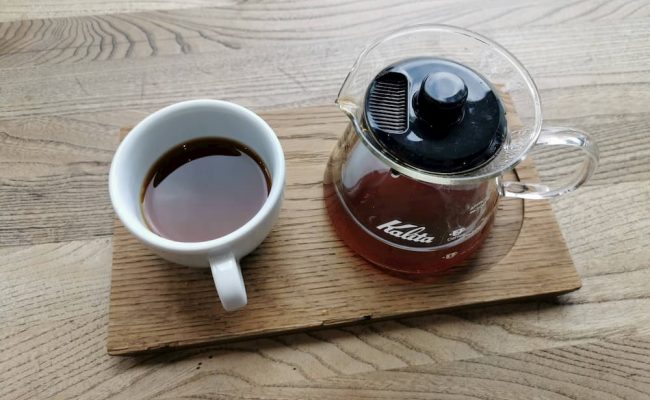 Coffee water temperature is both simple and complex at the same time. Here’s what you need to know.

It should be a simple question, but like so many other coffee-related subjects; it keeps getting more complicated as you go deeper down the rabbit hole.

Here I’ll give you the three most common approaches to the ‘perfect temp’ question, and eventually, I’ll also reveal my stance.

There are three main theories when it comes to the optimal coffee brewing temperature — it’s worth knowing the reasoning behind all of them.

#1: use boiling water for coffee

“Use water as close to boiling as possible.”

#2: One Perfect temp to brew coffee

The old school way of thinking, is that there is one temperature that is ‘more ideal’ than all the other ones.

From an American point of view, that’s a convenient temperature since 200 °F should be easy to remember for most people.

When you talk to laypeople about why this temperature makes sense, they will often say that that hotter water “burns” the coffee.

Miraculously, this phenomenon can be avoided simply by lowering the temperature a few degrees.

I’m not sure about the scientific validity of these claims, but if you always brew coffee at 200 °F/93 °C, you will be in a pretty decent range most of the time. Most high quality coffee makers are programmed to aim for this temperature.

However, is it really the ideal temperature it’s cracked up to be? I’m no so sure.

#3: Adjust temperature according to brew type and beans

Okay, so now we’re at the most complicated and least dogmatic approach, which states: There is no ideal temperature.

Instead, the temperature of the water should be determined by considering:

This is the school of thought I subscribe to, myself.

My reasoning for this is that water is a part of the extraction equation. The temperature of the water will have an impact on how many compounds are extracted from the grounds. (And so will the mineral composition).

Coffee beans tend to extract differently depending on the roast degree and growing conditions. More dense coffees are more difficult to extract, and thus require a more efficient solvent.

To me, it doesn’t make sense to stick with one temperature only. Why would you limit yourself? Coffee is a bit like cooking. You have simmering, poaching, and boiling — all methods suitable for different kinds of ingredients or recipes.

Let me give you an example of why I think one shouldn’t be dogmatic about something like the ideal coffee brewing temperature.

A few years ago, I tried something called cold brewed espresso for the first time. In its essence, it’s like a typical espresso; however, it’s brewed with ice cold water.

In theory, this shouldn’t taste good. But it does, it’s fantastic. Because of the lower temperature, I’m suddenly experiencing a bunch of new flavors that I haven’t explored before.

(Btw: If you want to pull off this brewing style at home, you need a manual espresso maker, like the Flair or Cafflano Kompresso)

If you believe that water must be either boiling or at a particular magical degree, you would never try something like a cold brewed espresso.

Another example of various brew temperatures, you could notice at the World Aeropress Championship. If you look at the winning temperature during the last decade, you’ll see that they are all FAR from a rolling boil. Instead, they are around 75-85 °C / 167-185 °F.

It wasn’t until Wendelien van Bunnik from the Netherlands took the title in 2019 that we saw a brew close to the recommended standard (she used 92°C 197.6°F plus the Aesir filters that I highly recommend)

So what’s the optimal temperature? It depends. Try experimenting at home and find something you like — something that fits the way you brew and the kind of beans you buy.

Temperature is important. But instead of blindly following rules and advice, you need to find a solution that works for you.

What temperature should you brew coffee at?

Your brewer ought to keep up a water temperature between 195 to 205 degrees Fahrenheit for ideal extraction. Colder water will bring about level, under-extracted coffee, while water that is too hot will likewise cause lost quality in the flavor of the coffee.

Is boiling water too hot for coffee?

When brewing coffee, the sweet-spot for water temperature is around 202-206 degrees Fahrenheit. Since boiling water is excessively hot, pouring the boiling water straightforwardly onto the coffee beans can be too much unless the roast is very light.

Why is hot water suitable for making coffee?

Hot water extracts more flavor compounds. However, if the water is too hot you might end up with some bitter flavors. If you use cold water to brew, you have to wait for several hours before any coffee flavor will be extracted.