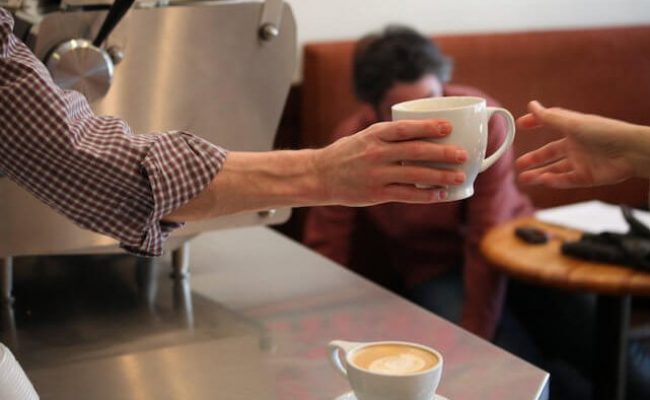 Why is Coffee Called “a Cup of Joe”?

Coffee has many nicknames. But who exactly is Joe? In this article, we look at some possible explanations.

Who is Joe? And how in the world did he become synonymous with coffee?!

This is indeed a baffling question that has confused both historians, linguists, and coffee geeks for ages.

There are plenty of theories out there; some more far-fetched, while others seem plausible.

Here are some of the more believable Joe-theories.

Theory #1: Joe was a party killer

The most likely explanation of who exactly ‘coffee Joe’ was is this one.

Josephus Daniels was secretary of the US Navy under Woodrow Wilson from 1913 to 1921. Back then the Navy was a frat-like institution with plenty of drinking and promiscuous girls. Josephus wanted to clean up the act and banned alcohol. As compensation, he made sure the troops had plenty of coffee.

The sober and disgruntled sailors were quick to name the new drink of choice, a ‘cup of Josephus Daniels.’ With time it became shortened to a cup of Joe.

It’s easy to imagine that the nickname started out as an angry slur. However, this theory has been questioned recently.

The alcohol ban was put into practice in 1914, but the term ‘cup of Joe’ didn’t appear in writing until 1930. The critics of this theory claim that it’s unlikely that nobody would have mentioned it in a letter or news article before then.

If there is one thing people love to do, it’s to shorten the most common words. Just think about words like abs, indie, and Tribeca. People are lazy, and if they can chop off some consonants and combine a bunch of words, they’ll do it ASAP.

Allegedly, this is how Joe came to be. Java and Mocha had already been popular names for coffee for hundreds of years. This connection was due to being some of the first big ports that exported coffee. I have written about that story in this article.

Also, the ‘Java-Mocca’ blend is one of the oldest coffee inventions.

Anyway, Java and Mocha over time ended up becoming ‘Jamocha,’ which later became ‘Jamoke.’ With time the word got further shortened to ‘Joe.’

Theory #3: An homage to Average Joe

This theory I personally don’t like. It just seems a bit too random.

As you know, today ‘Joe Sixpack’ or ‘the average Joe’ is short for regular beer-drinking and baseball watching American guy. However, Joe has referred to the friendly, regular guy next door for more than 150 years. Back then you also had G.I. Joe and Holy Joe.

According to this theory, a cup of Joe was the common man’s drink.

So many words come from ads, and maybe this is the case for the good old ‘cuppa Joe’ too.

There is an old New York company named ‘Martinson Coffee’ that had trademarked the term ‘Cup of Joe.’ The founder of the company was named Joe Martinson, and he wasn’t the kind of shy wallflower CEO that we too often see today. No, he was an egregious man who only wanted the best possible coffee beans.

A cup of Joe meant a cup where he had chosen the best beans and roasted them. At least that’s how the company that still exists today likes to portray their founder.

These are the leading theories about how Joe went from being a guy’s name to suddenly meaning coffee. All four could be true, but most likely we’ll never find the real answer.

I want to believe that a bunch of angry, rowdy sailors invented the term to diss their boss but whether this is more accurate than the other theories, we’ll probably never find out.

Further Reading: Why Does Coffee Make Me Tired?