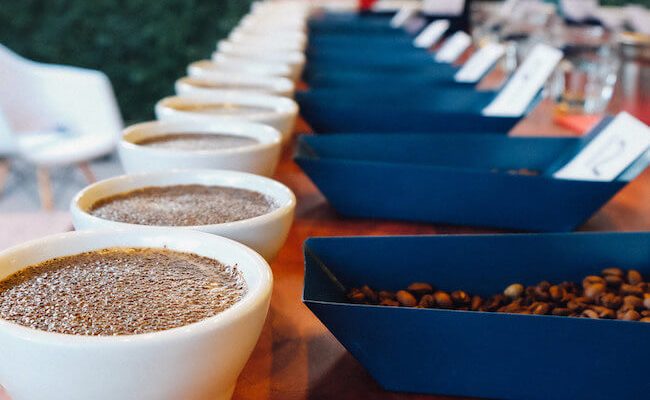 Why Does Coffee Make Me Tired?

Caffeine normally wakes people up. But a few unlucky coffee drinkers actually get drowsy. We explore the scientific side of things.

Coffee is supposed to be a drug that gives you superpowers from the early morning to late night. Caffeine is the world’s most popular stimulant, and most people recognize its potency.

Still, some unlucky individuals experience that coffee has the opposite effect: It makes them tired or sleepy.

On the surface, this seems like a paradox, but when we dive into the scientific side of things, there are a few good reasons why it might be so.

If you’ve ever experienced drowsiness after drinking coffee, the following scenarios might apply to you.

1: Caffeine interferes with your sleep-wake cycle

Caffeine is a powerful stimulant. One of the ways it works is that it suppresses a chemical produced by the body called ‘adenosine.’ Adenosine plays a major part in the sleep-wake cycle. When you have caffeine in your system Adenosine is still produced. When the caffeine effect wears off, there’s a bunch of adenosine looking to bind to receptors. This means that you’ll suddenly find yourself to be very tired. (Source)

2: You drink the cheap stuff

When it comes to coffee, the good stuff is excellent. However, it also goes the other way: The bad stuff is nasty.

Unfortunately, a lot of the cheap coffee sold in the supermarket is a blend of lousy coffee from countries like Vietnam and Brazil. Often the way this coffee is produced is by a very crude version of the natural process. In other words, the cherries are allowed to ferment and grow mold. This can lead to high levels of mycotoxins in your coffee.

A study looking at Brazilian coffee showed that the problem is prevalent. 91.7 percent of surveyed samples were moldy  (source)

When your brain is exposed to this kind of nasty low-level stuff, you’re likely to experience brain fog or drowsiness.

If you pick washed single origin coffee from reputable farms, however, this is almost never an issue.

So many coffee drinks today are essentially as sweet as soft drinks. Sugar can come in the forms of milk, cream or syrup.

This combination of caffeine and sugar gives an instant kick, just like when you consume an energy drink. However, the downside is that once the body has used the sugar as the energy, it experiences a crash in energy levels that can produce drowsiness.

It is for the same reason most health gurus advice that you eat complex carbohydrates. You metabolize it slower, and that means you don’t experience a sudden feeling of tiredness or hunger.

If you only drink coffee and not enough water, you’re likely to experience dehydration.

Dehydration should be avoided no matter who you are. It will likely affect your performance, both mental and physical. You will experience sluggishness. In that situation, it’s perfectly reasonable to reach out for another cup of Joe. A vicious cycle has now begun.

If you think that coffee might make you dehydrated, then pay attention to your urine. If it look dark and concentrated and smells nasty, you probably need to drink more water and less coffee.

5: Coffee is not actually making you sleepy

There’s a quote that seems to be getting traction with people who want to sound smart online:

Correlation does not equal causation

Not only does this sound pretty cool and philosophical to utter, but it’s also actually a good rule of thumb to keep in mind.

In this case, it means that just because you get tired after drinking coffee, it does not follow that coffee is the culprit.

Often people like to reach out for a cup of coffee in the morning when they are already tired or after lunch when they naturally are tired from digesting. In these different scenarios, where you’re trying to use coffee as a crutch it might make more sense to ask yourself, whether you should just be sleeping more at night time?

Coffee does affect most people the same way: It makes your heart beat faster, you become more alert and focus better. However, we’re still humans, and we still need sleep and proper hydration.

Fix those things first, and coffee will surely help you perform better again.

My Advice: Use – don’t abuse – caffeine

I love not only the flavor of coffee but also the effect of caffeine. However, it’s still a compound I treat with the utmost respect. I know that the line between “too much caffeine” and “not enough caffeine” is very slim. So usually I’ll start my day with a couple of cups and maybe drink one during the afternoon. I tend to not drink coffee later in the afternoon. Usually, I never have a cup after 5 PM.

For me, that’s the perfect cutoff time that gives me peaceful sleep. I give my body a caffeine time-out, and when I get a cup again the next morning, it works like magic again.

Don’t get into a vicious cycle of sleeping too little and fixing the problem with cheap coffee.

Can coffee put you to sleep?

Adenosine is a side-effect of mind movement, and when it amasses at sufficiently high levels, it connects to these receptors and causes you to feel tired. In any case, with the caffeine hindering the receptors, it cannot do as such. Be that as it may, here’s the trick of the coffee rest: dozing normally clears adenosine from the brain.

Can coffee cause extreme fatigue?

Coffee doesn’t cause fatigue, in fact it should work the other way around. However, once the effects of caffeine wear off, it can feel like you are suddenly very tired. But you shouldn’t attribute that feeling to caffeine.

Can coffee drain your energy?

As a stimulant, caffeine can support energy levels and cause you to feel more sharper. In the United States, the greatest dietary source of caffeine is coffee. Be that as it may, it’s not really coffee that makes you tired. It’s the manner in which it influences your body that can prompt sleepiness.