The right kind of water can dramatically improve your coffee. Here you’ll learn how to create it at home or which bottled brand to go for.

You’ll often hear that water is important because it’s the main ingredient of a good cup of coffee.

Actually, that’s an understatement: Water isn’t just an ingredient – it also acts as a solvent when it gets into contact with the coffee grounds.

This means that water is an essential factor in the extraction itself, and as such should be treated with the same level of respect as your expensive burr grinder or handcrafted Japanese pour over coffee maker.

A word of caution…

I had known about the importance of water for quite a while but it wasn’t before returning back home to Denmark after living abroad for an extended period that it really dawned upon me just how important water really is.

The same specialty coffee that would taste amazing when brewed with a bottled water in a different part of the world, would suddenly taste dull and lifeless with regular Danish tap water.

I had – without even realizing it – become accustomed to coffees brewed with quality water.

What ensued then was a quest to really understand water and its impact on coffee… and countless of hours in a state of perplexed frustration. Water chemistry is no joke.

In this post, I’ll share all the tips and tools you need to attain water perfection – and at the same time hopefully save you from going nuts, like I did.

Share this Image On Your Site – Just Embed the html below

That all changed a few years ago when multiple British barista champion Maxwell Colonna-Dashwood and chemist Christopher Hendon decided to join forces to solve the water mystery.

Water isn’t just water, it turns out. On the surface, all water may look similar, but if you dig deeper, water consists of salts and minerals, and maybe some impurities too, if you are unlucky.

Most natural spring waters – say San Pellegrino or Evian – are packed with minerals and that’s the reason that they are considered both healthy and tasty. But the water that tastes good on its own isn’t necessarily the best water for your coffee.

Calcium and magnesium are your best friends

Colonna-Dashwood and Hendon researched the different properties of the mineral and salt content in water and identified two as having supreme extraction properties: magnesium and calcium.

They also found out that the total amount of mineral content in the water, up to a certain degree, is less important than the ratio between total hardness and carbonate hardness (also known as alkalinity).

Total hardness is the combined measurement of calcium and magnesium, while alkalinity is the buffering capacity of the water. The research concluded that a 2:1 relationship is optimal for brewing balanced and flavorful coffee.

Until then it was widely believed that ‘total dissolved solids’ (TDS) was the most useful way to measure and talk about water for coffee. But in fact, TDS is a very broad term that includes more or less everything.

TDS can definitely still be used as a rough guideline but if you want to take your coffee from great to world-class you need an even more granular view.

If you are into chemistry and complicated science I highly encourage you to check out ‘Water for Coffee’ – the book published by Colonna-Dashwood and Hendon, but for now, I’ll try to keep things more practical and down to earth.

What to do with this knowledge?

Studying the scientific side of things, I started to understand why tap water in most parts of the world just isn’t suited for coffee brewing. It’s clean and perfectly healthy for drinking, but it’s also very high on calcium and bicarbonate.

These minerals are essential for extraction but too much and they overwhelm the cup and ruin the balance and clarity. Especially lighter roasts suffer from the kind of water composition typical of tap water.

You need some magnesium to pull out the juiciness of the beans, and the bicarbonate level shouldn’t be higher than 75 ppm.

You might be lucky enough to live in an area with clean and palatable tap water. Most likely it will not be suitable for coffee, though.

Bottled water: The good, the bad and the ugly

According to Colonna-Dashwood and Hendon, the perfect water for coffee rarely occurs in nature. It has to be man-made.

Learning this, my first solution was to try some bottled water from the supermarket. However, that didn’t make much of a difference. The coffee still didn’t live up to its full potential.

I tried different brands until I realized that Danish produced bottled water – not surprisingly – suffers from the exact same problems as the tap water.

I switched over to some foreign brands and saw improvement right away.

After lots of experiments, my opinion is that the right kind of bottled water is a decent solution for the home barista. It’s relatively easy and consistent once you have found a good brand.

Contrary to what you may think, it’s probably not the most expensive bottled water that will be the best one for coffee. Expensive usually means mineral water, and we’re actually trying to find a water with low mineral content. What you want to look for is a TDS-level between 50 and 150.

Volvic is quite popular among home baristas in the US, while ‘Ashbeck’ from Tesco is the water of choice in the UK.

I would encourage you to try a lot of different brands and trust your own taste buds.

Share this Image On Your Site – Just Embed the html below

Unfortunately, the only way to get perfect coffee water is to make it yourself. At first, it might seem daunting, but once you get used to it, it’s just another little part of your coffee routine.

First of all, you need a blank canvas to experiment with – some extremely pure water. Realistically that means a TDS score around 5-8. In some countries, it’s piece of cake to find reverse osmosis water, which is very clean. In other places, such as Scandinavia, you might have to go to an aquatic store to get your hands on RO water.

Really interesting talk from Maxwell-Colonna Dashwood (Warning: Only for the hardcore geeks)

The Australian coffee guru Matt Perger has a few good water recipes on his site ‘Barista Hustle’ to get you started.

The ingredients – Epsom salt (magnesium) and baking soda (bicarbonate) – can be bought in most supermarkets or health food stores.

If you want to take it a bit further, I encourage you to try my recipe, which also includes calcium chloride. It’s less aggressive than the Barista Hustle recipe.

I find that it produces a very balanced cup – no matter which bean or brew method.

This recipe also relies on calcium for the hardness, which improves mouthfeel and makes it less acidic. In my opinion, it’s more ‘natural’ tasting. 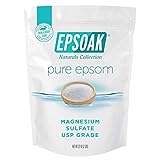 Buying all the necessary minerals won’t set you back more than 15 dollars and you’ll be able to create hundreds of gallons of water.

In order to follow this water recipe, you would have to buy a cheap TDS-meter from a place like Amazon (I’d recommend this model). It really sounds more complicated than it is.

A last tip about water I got recently from the Irish coffee guru and barista champion Colin Harmon. In his book “What I know about running coffee shops,” he explains that you can actually boil the oxygen out of water, and consequently make it less efficient for brewing.

“Water is deoxygenated by boiling and that makes it quite flat and dull for coffee brewing. Using fresh water and knocking your kettle off just before it boils will ensure the water is at its best,” he explains.

“A simple test you can do at home is to boil a kettle and then leave it a few hours to cool down. Once it’s back to room temperature, re-boil it and make a cup of tea or coffee. Then, very quickly, dump the water from the kettle, replace it with fresh water, boil again and make another cup of tea/coffee for comparative tasting. You should now have two cups, one made with fresh water and another made with re-boiled water, and the results should be quite stark. The fresh water will have more vibrancy, better flavour and should generally be a lot more delicious. The previously boiled water brew by comparison will be flat, dull and lacking flavour.”

I have experimented with this recently and seen promising results by not fully boiling the water.

Being a coffee geek, people always ask me about recommendations for the best burr grinders, new gadgets, and so on.

Now I usually just tell them to get some good water first, and then worry about the rest after. It really makes that much of a difference.

Water has been neglected for many years but now the coffee industry, as well as lay-baristas, have finally realized how important an aspect of brewing it is.

That also means that we’ll probably see even more cool water-related coffee gadgets within the next couple of years.

Until then, use the info in this article to approximate the ideal brewing water.

Is it safe to use tap water for coffee?

A lot of people just use tap water when brewing coffee in their home. Depending on where you live and your municipal water supply that can be perfectly healthy. However, when it comes to flavor, it’s rarely the best option.

Can you use spring water for coffee?

You can use spring water for coffee. However, you definitely want to check that the mineral content of the water isn’t too high. Many brands of spring water are actually way too hard. Usually, it’s better to use cheaper bottled water – the stuff that’s labeled ‘purified water’.

Is alkaline water good for coffee?

Some people claim that alkaline water is ideal for coffee. It’s definitely better than it’s opposite; hard water. However, alkaline water is not the most efficient coffee extractor, so it’s a good idea to tweak your water a bit more.