Manual brewing has taken over the world of specialty coffee within the last ten years. Learn everything about this fascinating brewing method. 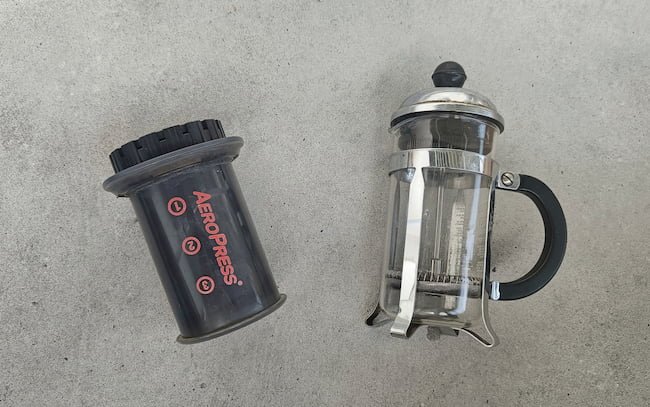 Manual brewing should be on your radar if you want the experience of exquisitely brewed coffee made from the best beans the world has to offer.

Aside from cupping (the coffee evaluation protocol), there is no better way to enjoy coffee and its multitude of flavors than brewing it in something like a pour over or French press.

Another obvious reason that manual brewing might appeal to a lot of people  is that it tends to be a very cheap brewing style – at least compared to espresso. Typically, you just need a simple brewing vessel and a decent manual coffee grinder – something which you can get for under $50 – in order to start your coffee journey.

That being said, the beans used for this kind of brewing style will undoubtedly be more costly than the low grade stuff you can find on the supermarket shelves.

Who is it not for?

As much as I love manual coffee brewing, I have to admit that it’s not for everyone. Especially, very conservative coffee drinkers and nescafé addicts seem to take offense with this kind of slow and deliberate brewing ritual.

For many people coffee is not about sensory exploration and enjoyment; rather it’s about obtaining the daily caffeine kick.

Previously, my colleague and fellow Coffee Chronicler, Oliver Strand, has explained that coffee is intimately connected with identity and adulthood for many people. It’s almost an insult to them and their choices in life if somebody comes along and tries to teach them a new way of doing things. Hence, the occasional hipster allegations and insults.

Another subset of people who should steer clear of manual brewing are the latte lovers. If you make a delicious cup of Aeropress, it’s a pity to smother it with steamed milk. The kind of coffee that is used for manual brewing tends to be roasted rather lightly. Coffee with milk tastes a lot better with a darker roasted, concentrated shot of espresso.

The so-called third wave coffee movement and manual brewing are closely intertwined. The term third wave was coined by coffee personality Trish Rothgeb in an article from 2002, and it has since been commonly used to describe the current coffee scene. The difference between the second and third wave, according to Rothgeb, is an increased focus on the bean itself.

Whereas dark roasts and espresso machines were the combinations of choice in most coffee establishments back in the days, a newer generation of roasters, baristas and coffee buyers embraced lighter roasted coffee brewed manually in contraptions such as the Hario V60, Aeropress, French press and Siphon.

Espresso is usually prepared at a 1:2 relationship of coffee to water. These manual brewing methods typically employ a ratio of somewhere around 1:15. At this ratio, it’s much easier to notice particular flavor notes.

A note on water quality:

Water is one of the most overlooked parts of manual coffee brewing. The truth unfortunately is, that even well-roasted premium beans will taste dull with a very hard water. The same holds true if coffee is brewed with pure RO-water, which barely has any minerals at all.

It’s definitely worth the effort to get a soft bottled water such as Crystal Geyser or Arrowhead when brewing coffee manually. Try it! Your tastebuds will thank you.

Further reading: How to Find the Best Water for Coffee