Well, at least not if you're a coffee geek.

For the rest you, let me tell you this: Not only is the Encore the perfect beginner grinder – it also very likely that you won't ever need to upgrade ever again.

Baratza is an American grinder company founded 1999. The company both makes grinders for professionals as well as home-users.

The Encore is the most basic model available from Baratza, and also one of the most popular ones.

The company’s customer service is generally awesome. If you have a problem they will fix it. It’s actually a part of Baratza’s philosophy to design their grinders so they can easily be repaired. That’s pretty rare among appliance manufacturers.

As mentioned before, the Encore is an entry-level burr grinder, but that doesn’t prevent it from delivering strong performance and durability.

The quality of the grind is definitely way better than anything, you’d get from a blade grinder or even the cheaper disk-burr grinder (those are typical among the sub $50-models out there, but they are nowhere near as consistent as the conical steel burrs in the Encore).

Frankly that will be enough for most people. In my experience, it also delivers a better flavor clarity compared to other popular entry-level models such as the Bodum Bistro and the Wilfa Svart.

How to know if the grinder is good enough for your needs?

The Encore’s grind quality is good for its price range. It does really well for most kinds of regular coffee, such as:

The Encore does produce some dust – the so-called ‘fines’ – but not much compared to other entry-level grinders.

If it really bothers you, you can always sift it out from the grinds, but this really isn’t necessary.

Overall, the grounds look better than anything else at this price range. You will have to either look to a manual grinder or drop a lot of extra money, if you want to go a significant step up in consistency.

The Encore isn’t suitable for espresso. While you’ll be able to pull a shot from the Encore it will never be outstanding. In a pressurized basket (which is more forgiving) you can get away with it, but in a regular 58mm portafilter it won’t be a good long term solution. The motor is not meant for it, which can cause problems in the long run. You’ll also lack the ability to fine-tune the adjustment, so you can really dial in your shot.

Pro tip: If you crave an even better performance from your Baratza Encore, you can buy the M2 upgraded burr set from Baratza for only $35. This burr is used on the more expensive Virtuoso, and it will give you a more consistent particle distribution and also allow you to grind faster and finer. Effectively, this is a way to turn your Encore into a Virtuoso at a lower price.

Low RPM = Grinds slow. This is good because it means that the grinder doesn't produce much heat while grinding.
Up to 40 grind settings to tailor to all kinds of brew styles. You can brew both Aeropress, French press and pour over with this guy. However, I wouldn't recommend it for espresso.

Great customer service: Baratza is famous for going that extra mile. If you have any issues, help will be at hand.

There’s a central front pulse button in the center of the device while the power and grind setting are on the top and the side. The catch bin collects most loose grounds, although some users have noticed that static causes the grounds to stick to the inside and make a mess when you try to clean out the grinder.

You may find it difficult using the Encore if you use coffee beans that are larger than average. Bigger beans don’t feed through the hopper as well as regular-sized beans, which could result in some loose beans left over.

Compared to Baratza’s older Maestro models, the Encore device has an improved gearbox for quieter operation and a sturdier design.

Aside from the steel burrs, the Encore’s internal parts are mostly made out of plastic. The gears, however, are made of 15% glass-filled thermoplastic, which makes them more durable.

Since the grinder works at a rather low RPM (only 550) and mostly handles grinds in the coarse to medium-range, you shouldn’t worry about lifespan.

Additionally, the new and improved gearbox can prevent jams from stopping quickly enough without causing damage to internal parts, making for quite the resilient grinder.

The Encore is a very basic model. But it does have a few interesting aces up its sleeve.

The Baratza Encore has a rather basic calibration system; almost like that of commercial grinders. It’s one of the only grinders in its price range that can be adjusted which is an especially useful feature if you are a picky user.

You also have 40 different grind options to choose from whether you want a fine or coarse grind to please almost any palate.

The DC motor keeps your beans cool while the gear speed reducers slow the burr to 550 RPM for less noise and smoother bean feeding. This also means the Encore is not producing excess heat which can cause your beans to prematurely release volatile aroma oils.

A common complaint of the Baratza Encore is that it can feel quite slow at times. The reason for this (besides the burr type) is it has a lot of so-called popcorning. This means that the beans are flying around in the hopper, instead of sliding down and being crushed between the burrs.

Recently, this got me thinking about the wing nut on top of the cone burr. Most people assume that it’s there to keep the upper burr in place. But that’s actually not the reason. 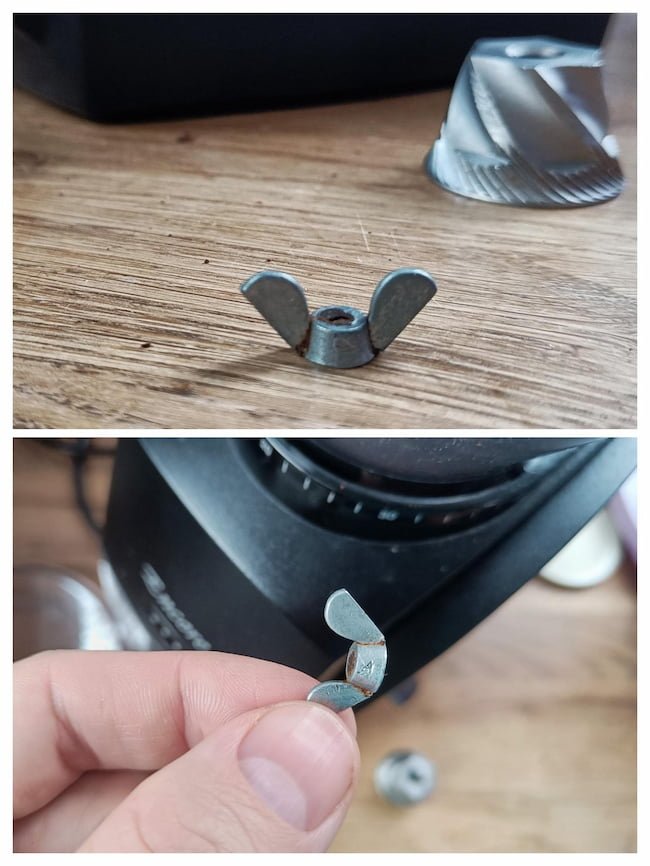 The main idea behind the design is that the wing nut will slow down the feeding of beans to avoid stalling the motor. This makes sense if you’re runnning the device with a huge hopper full of beans. But most people reading this in 2022 are probably using the Encore for single-dosing.  So if that’s your workflow, then just try and unscrew the wing nut.

You’ll get a slightly faster and a more consistent grind size.

are there any Alternatives? 🧐 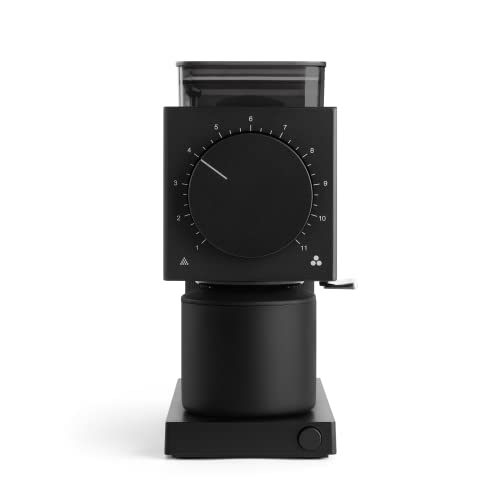 The Fellow Ode is is a significant step up in terms of coffee flavors.

Besides that the Fellow Ode looks amazing and also grinds a lot faster compared to the relatively slow Encore.

Of course, the Fellow Ode is significantly more expensive, but if you're planning to keep a grinder for many years, it makes sense to stretch the budget a bit.

The 1Zpresso Jx competes at a similar price level as the Encore, however, for the money you get a way more consistent grinder.

The quality of this manual model is close to a professional level. Coffee will taste smooth and clearly defined with a grinder like the Jx.

However, the downside it's a hand grinder. This means that you'll have to put in some effort every time you drink coffee.

If you're in good shape and mostly brews smaller batches, this shouldn't be a big issue. But many people will probably prefer the convenience of an electric grinder, even if it means less consistent grinds. 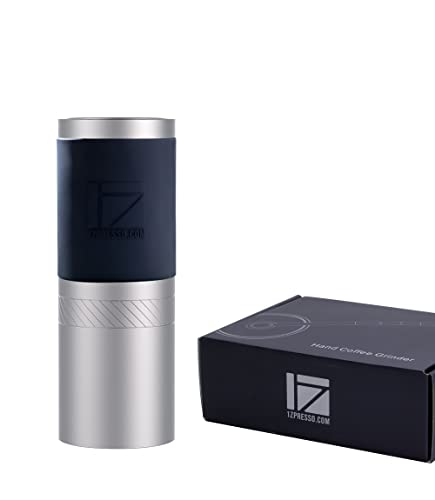 The Baratza Encore is an excellent choice for both first time buyers, and people who want to upgrade from a blade grinder or entry-level grinder.

Its simple features and consistent grind will help you get a good start in the world of specialty coffee without hurting your wallet more than necessary.

However, if you’re looking for something more advanced, then you might want to go for the Fellow Ode or 1Zpresso Jx, instead.