Best Espresso Machine under $500: Which One Should You Get?

Shopping for an espresso machine isn’t an easy task. Here I’ll give you my list of solid machines under 500 dollars.

When it comes to espresso machines the difference between the authentic models and the entry-level plastic stuff is pretty significant. Sure, you can pull a shot or make something akin to a flat white with one on of the cheapos from the big box store, but you’re never going to get close to espresso perfection – the so-called ‘god shot.’

500 dollars seem to be where the invisible line is drawn, so if that is your budget, I congratulate you.

At this point, you should have some expectations, especially when it comes to materials and construction, but also in terms of coffee quality. 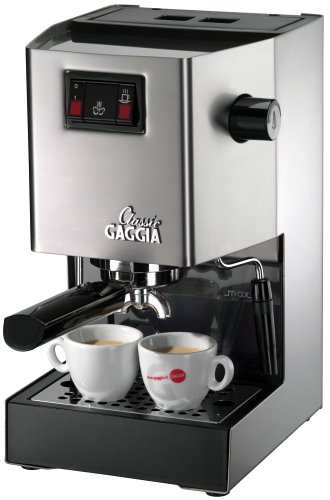 The Gaggia Classic Pro has been on the market for almost three decades.

That shows that it's a well-made machine capable of pulling great shots.
LEARN MORE

How to pick the right home espresso maker

While the market for espresso gear is vast today, the market can still mostly be broken down into three primary schools.

My suggestion is that you more or less forget about the third category. You can find decent super automatic machines today, but they tend to be a lot more expensive than the semi-automatics.

This is because everything is built into a super automatic – hence its other name; the fully automatic. With the press of a single button, you can get a cappuccino.

Get close to the grounds with a semi-automatic

With the semi, you will have to do the following every time you want a cuppa joe.

In the end, the result is the similar, but the process is 100 percent different. That’s why semis and supers are likely to appeal to two different subsets of coffee geeks.

If you are a real coffee , ahem, lover, you’ll pick the semi because you are much more involved in the process, and you’ll be able to tweak the shot to please your taste buds. 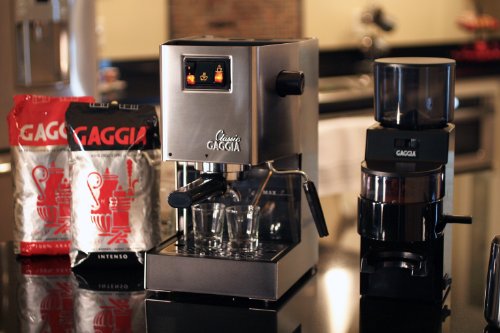 Okay, so by now we agree that the semi is the way to go. But the market is still huge. Luckily, you can always go for one of the classics. Some machines have been around for decades, which is a long time in today’s hectic consumer environment. What this means, is that customer complaints have been minimal and that no R&D department has been able to come up with improvements for years.

Machines like Rancilio Silvia and Gaggia Classic are evergreens for a good reason. They are built like tanks, sturdy and get the job done.

So it’s all pretty easy, right? Well, it would have been, if the espresso market hadn’t been shaken up by a specific Australian company within recent years.

Breville has gained a reputation for creating solid espresso gear that incorporates new technology like PID temperature control at an attractive price.

You could see the choice this way: Would you prefer a new Japanese car with automatic gear and Bluetooth connectivity?

Or would you rather get a vintage Mercedes with stick shift?

There’s no right and wrong here; both options have their merits. Ultimately, the choice comes down to convenience versus timeless style.

Are you not that impressed with all the new and fancy technology? Do you love solid brass metal and detest flimsy plastic? Do you secretly think everything was better in the 90’s?

Then look no further than the Gaggia Classic. The design hasn’t really changed much since 1991, so it definitely lives up to its “Classic” moniker.

The machine is compact and affordable, while still having a commercial sized 58 mm portafilter.

The Gaggia Classic isn’t as approachable as the more modern Breville machines, but its built to last, and you can get a ton of aftermarket accessories for it.

While being a really solid espresso maker, it’s sharing the first place spot with the Breville Bambino Plus (described below👇). 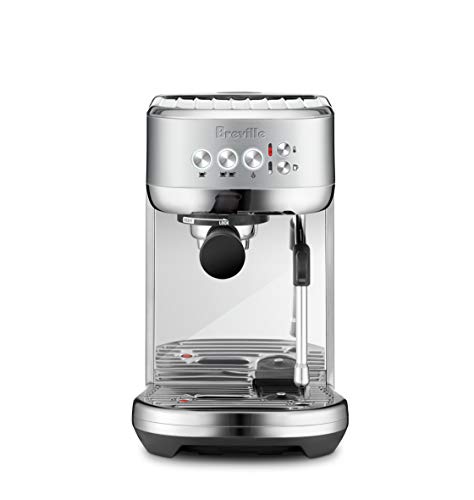 This machine is list second, but it should probably be sharing the number one spot, with the Gaggia Classic.

I really like the Bambino Plus, and actually think it can make better espresso straight-out-of the box, compared to its famous Italian budget-rval.

On the surface, this device looks like a typical semi-automatic; maybe just a bit smaller and more plain, but looks can be deceiving.

In fact, this budget model from Breville packs in a bunch of exciting technology without taking away the fun of being a home-barista.

You’ve got the cutting edge PID temperature technology that allows for pulling consistent shots every time. It also means that you don’t have to think about temperature surfing, which is a massive headache.

You also get a helpful pre-infusion function that slowly increases the pressure.

Overall, this is definitely the most advanced machine in this particular price range, and I think for most people it actually makes more sense than an entry-level single-boiler such as the Gaggia Classic.

I have made many coffe-shop level drinks on this machine.

This is a slightly more espresso-focused machine compared to the milk focused Breville Bambino Plus. With the Infuser you can also change the brew temperature, but that is the only real plus over the Bambino.

The device is named after its ‘pre-infusion’ mode that first wets the ground without brewing. After that a perfect 9 bars of pressure is applied.

Breville is generous when it comes to the technology, and they have equipped this little fella with a real PID thermometer, so the shot is always brewed at the right temperature.

Another cool feature is that it has a ‘dry puck’ mode. In daily use that means that it’s easy to bang out the used grounds of the portafilter, and you won’t have to get your hands and sink all messy.

This machine is BPA free, which is a nice plus. 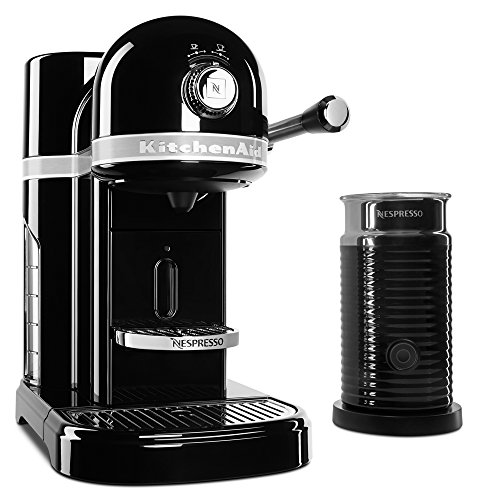 I’m not a fan of Nespresso machines. They are just a bit too boring and removed from and the traditional barista craft. But I know some of my readers are either too busy or too lazy to deal with the unavoidable hassle of true coffee geekdom. To you – and only you – I’ll have to admit that there are some severe pros to going the capsule way.

This model is one of the most advanced Nespresso machines out there, and it comes bundled with a milk steamer so that you can make cappuccinos and lattes as well.

The KitchenAid espresso machine is not made out of flimsy plastic like most of the other capsule machines. Instead, it’s crafted out of solid metal and looks premium on the counter. 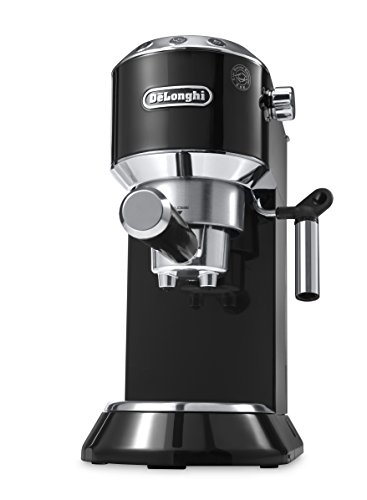 No mention of budget espresso machines without a mention of Delonghi!

At this point, the Italian brand is almost synonymous with ‘cheap espresso makers that are decent.’

The Dedica is one of the company’s newer models, but it’s become quite popular the last couple of years due to its ultra slim countertop footprint. It’s the kind of espresso machine that you can easily persuade your girlfriend to get.

The espresso and steaming also work pretty well. Honestly, you’re not going to win any barista competitions with this one, but it does the basics well. Did I mention that it’s cheap? Yes, that along with the appealing design are the main arguments for the Dedica.