Pour over coffee has undergone massive changes during the last decade. This is what you need to know, before you start brewing.

There’s not much to do in these strange corona-times except sitting at home and ordering stuff online. So the other day, I spontaneously bought the Kono Meimon.

The Kono was created in Japan back in 1973 by the “The Coffee Syphon Company.” Allegedly, it’s the first cone-shaped coffee dripper in history.

It’s a plastic dripper similar to the basic Hario V60 version. However, its design is even more minimalist: the internal ribs are straight instead of spiral-shaped, and they only extend about an inch.

The Kono was launched as an alternative to the nel filter drip, a down-to-earth cloth drip filter popular in the traditional Japanese “kissaten” coffee shops. It takes a lot of effort to maintain and clean a cloth filter, so the Kono was seen as a more straightforward alternative. 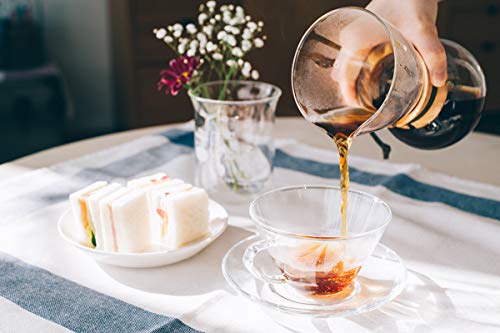 The technique used for both the Kono and Nel dripper is quite spectacular: the gooseneck kettle is held as close to the brew bed as possible, and then small drops of water are continuously poured into the center of the brew bed.

At first, only a small area, the size of a nickel, is wetted. Slowly the circle is expanding to incorporate a larger area. It’s a slow process compared to the current style of brewing. Obviously, Japanese masters don’t use a timer, that would ruin the zen, but 10-minute brews are not unheard of.

The technique below is very similar, and it works great for cone-shaped filters like the V60 and Kono.

First Encounter: What is Pour Over Coffee?

Playing around with Kono technique, and reading up on this classic brewer, I was somehow reminded about my first foray into pour over coffee almost a decade ago.

Back then, we didn’t have all the brew guides and resources available today. One of the only places to get information online was on Youtube from an American coffee guy with a soothing voice. I would later find out that his name is Thompson Owen, and he’s somewhat of a legend.

Owen’s approach to the V60 seems somewhat antiquated today, which isn’t so strange given the fact that it was released ten years ago. Both Youtube and specialty coffee were in their infancy back then.

I followed this method — which owes a lot to the Japanese Kissaten style — closely for years.

It’s striking to see how different it is to the prevailing pour over methods today. There’s no talk about stirring, swirling, or evenness: Instead, the main focus is on avoiding pouring on the sides of the cone and ‘ride the bloom.’

Even though this technique (and the dogma about pouring on the sides) is somewhat ridiculed today, I have to admit that I stuck to it religiously for years. And it served me well. Most of the time, it produced a tasty cup. I get a bit nostalgic, just thinking about those first batches.

Drip Filter coffee is about evenness

If you had asked me back in 2012, there was nothing better than the V60 and Owen Thompson’s meticulous center pour. But human nature is to rebel. Suddenly, people around me were starting to talk about different methods and drippers.

This is what James Freeman of Blue Bottle said about the subject in his book from 2012:

“The drippers with a large hole (often made by Hario and referred to by the model name V60) are experiencing an uptick in popularity in the United States, primarily (in my opinion) because they produce a cup of coffee more quickly. The downside is that it’s very difficult, though not impossible, to control the pour so the water spends enough time in contact with the coffee. I haven’t been to a single café in Japan that uses V60s.” (Source)

In Blue Bottle’s cafes, the ceramic single hole dripper by Bonmac was the brewer of choice, and other people were starting to extol the virtues of flat bottomed drippers. Allegedly they promoted a more ‘even’ extraction.

One day, when I visited one of my favorite coffee shops in Copenhagen, The Coffee Collective, I was surprised to see that they had switched to new metallic drippers from a Japanese brand called Kalita. They also had concluded that the Hario V60 was fickle and inconsistent, while the Kalita Wave would yield a better result more often.

(Ironically, the current versions of the stainless steel Kalita is anything but consistent – but that’s a whole other story you can read about here ) 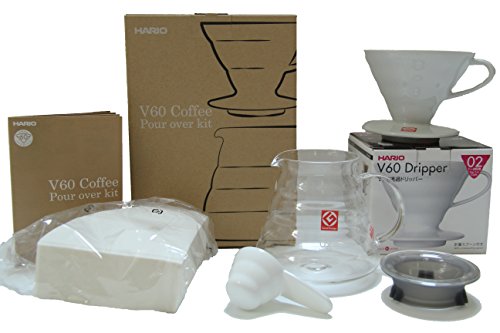 But even though the Kalita Wave was gaining popularity, it was still a clear number two. If Hario V60 was the Coca Cola of coffee drippers, the rival was still only a Pepsi.

That hierarchy was cemented at the World Brewers Cup. Five out of seven winners between 2011 and 2017 used the V60.

In the early years of the Brewers Cup, the competitors’ technique wasn’t far from the original Japanese-inspired method.

It wasn’t until Tetsu Kasuya won the competition in 2016 with his now-famous, 4:6 method that we saw a radical new approach. Instead of slowly building up the water level in the cone, Tetsu advocated five pours of equal size and letting the water drain entirely between each pour.

This method turned out to be very influential among homebrewers. Today, it’s still one my favorite ways to brew the V60, and I recommend it to everybody who’s just starting.

A year later, yet another attack was launched on the traditional brewing style. The influential coffee author, consultant (and according to some; guru) Scott Rao, published a video detailing his approach to the V60.

The then-revolutionary method consisted of a blooming phase with stirring, followed by one single pour up to the desired volume. This is followed by another spoon swirl, and in the end, a bold move called the “Rao-spin” is executed to make sure that the brew bed is even.

According to the inventor, all these small details are based on scientific reasoning. The stir and excavation make the extraction more even. The single pour ensures a higher temperature, which again is more efficient.

James Hoffman has more recently created his own version of this recipe, which is a slightly adapted version of Scott Rao’s method.

With two such influential figures behind a brewing strategy, it’s no wonder that this approach to the V60 took off the way it did. One might even say that it’s the new de-facto standard.

But one thing’s theory and another practice. If you ever spend much time on various coffee forums, you’ll quickly realize that there are many frustrated home baristas, who have given up on this kind of stir-pour-swirl techniques. Personally, I have always found that pouring the water in more stages yields more complex results.

Some say that time is circular and not linear, and that things return to their original state. This development also seems to apply to coffee trends.

During the last year, we have seen a slow return to careful and methodical pouring again. Controlled agitation has become a key focus among the geekiest of homebrewers.

New devices such as the Melodrip and Gabi Master B have made it possible to control brews in new ways.

The main reasoning behind controlling agitation is to reduce so-called fines migration. Pouring aggressively can somehow over-extract the smallest particles, resulting in unpleasant flavors and mouthfeel.

The American Brewers Cup winner of 2020, Elika Liftee, gave us a glimpse of the future when he used a custom-built Melodrip to take home the trophy.

This is probably a rabbit hole the coffee industry will keep exploring the next couple of years. But no matter how delicious the cups turn out, the evolution of pour over coffee will continue.

Which method do I follow? Well, I recently created “my own” method. See what it’s all about in this video.